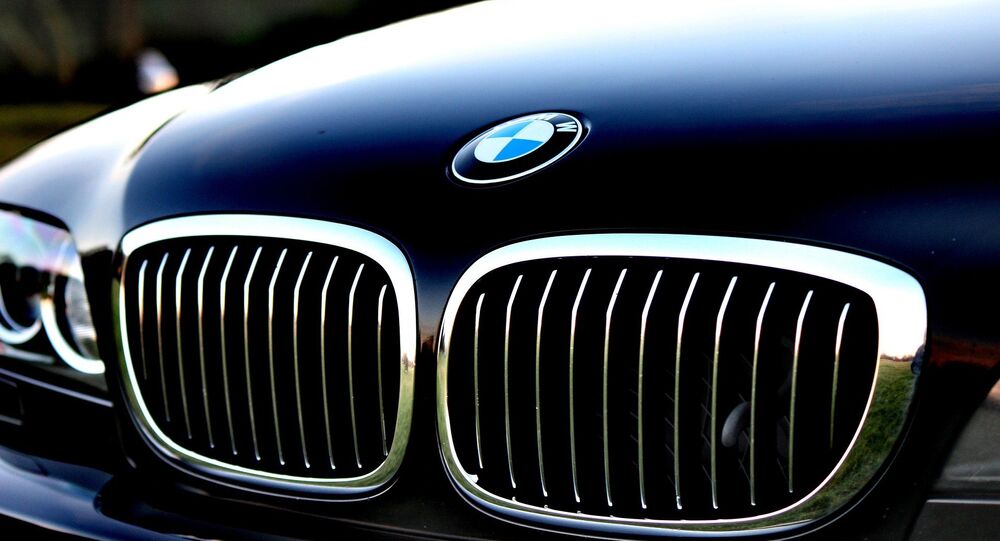 German automobile manufacturer BMW has announced new plans to produce more vehicles in China to avoid the trade tariff on US car imports imposed by China.

BMW and Brilliance Automotive Group Holdings, which is based in China, signed an agreement to produce 520,000 cars in China by 2019, according to a Monday announcement. Separately, BMW will increase the prices on its SUVs made in the US for export to China, the world's largest automobile market.

The Munich-based carmaker said it is "not in a position to completely absorb the tariff increases" established by China on US automobiles, which amount to a 40 percent increase in price.

The import duties China is slapping on cars made in the US come in response to new tariffs initiated by US President Donald Trump on products imported to the US from China. Trump's "trade battle with China is threatening the US's growing role as an auto exporter," the Wall Street Journal reported Tuesday.

"Now that the trade war is on, China is placing very smart, strategic tariffs that target Trump's base," financial policy analyst Daniel Sankey told Sputnik News Tuesday. "By comparison, the Trump administration lacks the savvy and skill to impose tariffs in such a way that doesn't simply harm every single strategic trading partner from the European Union to China."

Plenty of BMW SUVs are made in Spartanburg County, South Carolina, where the company employs some 10,000 US workers. Some 63 percent of Spartanburg County voted for Trump in the 2016 presidential election, while Democratic candidate Hillary Clinton won just 33 percent of the vote. Overall, the state of South Carolina swung for Trump, with the Republican winning 54 percent of the state's vote over Clinton's 40 percent.

Now Volvo, a subsidiary of Chinese automotive company Geely Holding Group, may nix its plans to expand production at a plant in the South Carolina city of Charleston. The planned expansion, intended to build SUVs for export to China, requires growing the factory staff from 1,200 to 4,000, according to the Wall Street Journal. Clinton actually beat Trump in Charleston County, winning 50.6 percent of the vote to Trump's 42.8 percent.

Tesla also jacked up the prices of vehicles on its Chinese website over the weekend by 20 percent, WSJ noted, adding that Elon Musk's automotive firm announced Tuesday it would be producing more cars at a new factory in Shanghai.

According to an analysis by Evercore ISI, Chinese tariffs on autos made in the US will actually impact Daimler Auto Group and BMW Auto Group, which have operations scattered around the US, more than it will carmakers in Detroit.

When China announced its retaliatory tariffs against the US in April, Evercore ISI analyst Arndt Ellinghorst told Bloomberg, "this is essentially a tax on southern German auto, specifically BMW and Mercedes SUVs, which are built in the US and exported to China."

Trump has criticized Beijing's trade practices as unfair, claimed that the US cannot lose a trade war with its economic rival, and lambasted trade deficits incurred by the US in dealing with China. "When you're almost 800 Billion Dollars a year down on trade, you can't lose a Trade War," Trump said in a June 2 tweet. "The US has been ripped off by other countries for years on Trade, time to get smart!"

According to US Census Bureau data, the US exported some $1.5 trillion worth of goods in 2017 and imported goods worth approximately $2.3 trillion, resulting in a trade deficit of $795 billion.

But Trump hasn't had a focused line of argument when it comes to dealing with China on trade. According to some White House officials, negotiations with China aren't strictly about Trump's perception that Washington is getting "ripped off."

"If they think thought they could buy us off with a few extra products sold and allow them to continue to steal our intellectual property and crown jewels, that was a miscalculation," White House trade adviser Peter Navarro told reporters in late June, according to Politico. "We hope going forward, there is no more miscalculation."

"We are not in a trade war with China, that war was lost many years ago by the foolish, or incompetent, people who represented the US. Now we have a Trade Deficit of $500 Billion a year," Trump said on his Twitter account in April. "Intellectual property theft another $300 billion. We cannot let this continue!"