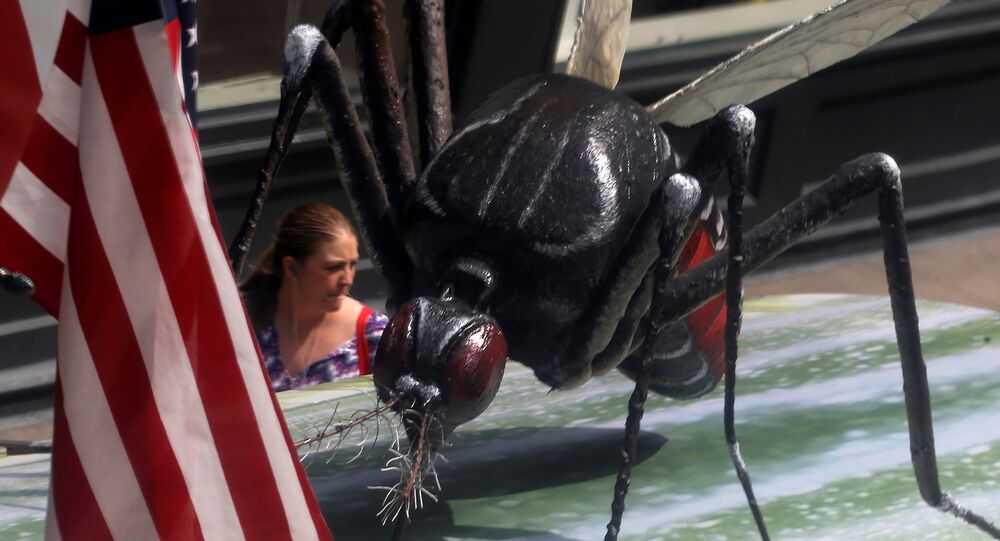 Bill Gates, known enemy of malaria-carrying mosquitoes, is entering a new bid with a British genetic engineering company to develop “autocidal” mosquitoes that die off before reaching adulthood, but environmental advocacy groups protest that the results are exaggerated and unproven and the longer-term impacts unknown.

Oxitec, a British genetic engineering company that spun out of Oxford University in 2002, has been making genetically modified mosquitoes for years in an effort to combat some of the world's deadliest infectious diseases, which are spread by various species of the flying insects. The Bill and Melinda Gates Foundation has partnered with the on this in the past, with the last cooperative effort happening in 2010, but June 19, Oxitec announced a new cooperative project based on a $4 million grant by Gates.

Gates has poured about $2 billion into fighting malaria since his foundation was formed in 2000, with about $5 million of that going to Oxitec in previous projects, Business Insider reported.

The plan is to create male mosquitoes that are genetically modified with a self-limiting gene, so that when they mate with regular mosquitoes in the wild, they will pass on this "autocidal" gene to their offspring, who will die before they reach adulthood. There would be no danger to humans, Zloto News explains, since only female mosquitoes bite people.

The males can then continue seeking out more female mosquitoes to impregnate with the self-limiting gene for up to another ten generations, Oxitec's press release says. The company says the new mosquitoes might be ready for field tests by the end of 2020.

If it all plays out as hoped, Gates boasts they can eradicate malaria "within a generation."

The Microsoft co-founder takes the threat of mosquitoes as disease vectors very seriously, having infamously released a swarm of mosquitoes (not infectious, of course) upon an unsuspecting audience at a TED Talk in 2009, quipping, "There's no reason only poor people should have the experience."

Gates noted at the time, citing the New England Journal of Medicine, "The malaria death rate in sub-Saharan Africa has declined by a stunning 57 percent since 2000." However, mosquitoes still kill 830,000 people every year, making them by far the deadliest creatures on Earth — even deadlier than humans.

Malaria is actually not a virus or bacteria, but a parasite, spread by mosquitoes when they bite people. It can lead to chills, fever, nausea, and more severe complications, including organ failure. The parasite can only survive in hot, tropical areas, and flourishes where mosquitoes do — near open water sources like marshes and swamps.

No vaccine exists for malaria, but quinine can help treat malarial infections. Found in tonic, popular legend attributes efforts by British officials in India to curb its bitter taste by combining it with gin with the creation of the gin and tonic cocktail. However, modern tonic is much too weak to treat malaria and the World Health Organization recommends against using it for this purpose.

Genetically modified "friendly" mosquitoes have been used before in this capacity, particularly by Oxitec, being used to combat the Zika virus in Brazil and dengue and yellow fevers in the Caribbean and India. According to the US National Institute of Health, some of these tests reduced the wild population of Aedes aegypti, the species that carries those diseases, by nearly 90 percent.

However, environmental groups and local communities have also fought back against the use of modified mosquitoes, pointing out that there are numerous dangers behind destroying an important wildlife population in such a way and that the full impact of genetically modified animals is not yet fully understood.

Friends of the Earth, a Washington, DC-based advocacy group, has warned in the past that Oxitec's claims about its mosquito products are not all they're made out to be. A 2011 issue brief about testing of Oxitec's Aedes aegypti (OX513A) genetically modified mosquito in the Cayman Islands raised concerns about its use in the Florida Keys to combat mosquito populations — an enterprise that Florida residents eventually shot down in 2016, Business Insider reported at the time.

That program, which was Gates' previous partnership with Oxitec, also loaded mosquitoes with an "autocidal" function that killed its offspring before adulthood. While it's unclear how the new project differs from the 2011 project, the similarities make it worth recounting some of Friends of the Earth's red flags.

The Aedes aegypti (OX513A) was engineered to survive only in the presence of tetracycline, a common antibiotic used in agriculture production and often found in sewage, a dependency that was intended to kill the offspring in their pupae stage. However, FotE pointed out there was no guarantee of deprivation of access to tetracycline and that the claims about eradication of dengue fever in Grand Cayman, upon which the proof of concept was based, were exaggerated and misleading, meaning there's no guarantee the mosquitoes would actually die off as planned.

Further, the group pointed out that "The most immediate environmental risk a decline in Aedes aegypti could have is that such a decline could leave an ecological niche to be filled by other, possibly more harmful pests." For example, a 2009 study in Gabon found that the Asian Tiger mosquito, one of the most invasive species in the world and a carrier of numerous deadly diseases, was more likely to spread dengue fever and the chikungunya virus than Aedes aegypti, and easily replaced Aedes aegypti once the latter species was removed from an area.

The group also noted an ethical objection, arguing that "The release of GE mosquitoes as an attempt to curb the spread of disease should be considered a medical trial and must follow the strict laws and guidelines in place to protect human subjects in medical trials," meaning free and informed consent. It's doubtful that malaria-endemic areas, some of the most impoverished in the world, would have the ability to provide such informed consent.

Finally, the advocacy group pointed out that treatment of an area would require continual releases "every month or every few weeks, with upwards of a million mosquitoes per release," the report states. That means that communities would be locked into "a permanent scheme of repeated ongoing payments" to Oxitec, which stood to make "significant profits if countries and communities must make continuous payments to it."

Instead, FotE suggested community-based programs to education communities about practical prevention methods and simple changes to human behavior, such as installing screens over windows or using bug spray, to prevent human-mosquito contact and the spread of the disease. "Community is the key to dengue prevention," as the WHO has noted.

Friends of the Earth also noted in March 2018 that recently released emails reveal that the US military's Defense Advanced Research Projects Agency (DARPA) is now the top funder and influencer of controversial genetic extinction technologies, having dumped over $100 million into research. They also note that the Bill and Melinda Gates Foundation paid $1.6 million to Emerging Ag, a privately-held public relations firm, to influence the United Nations Convention on Biological Diversity, a key international body governing genetic research.