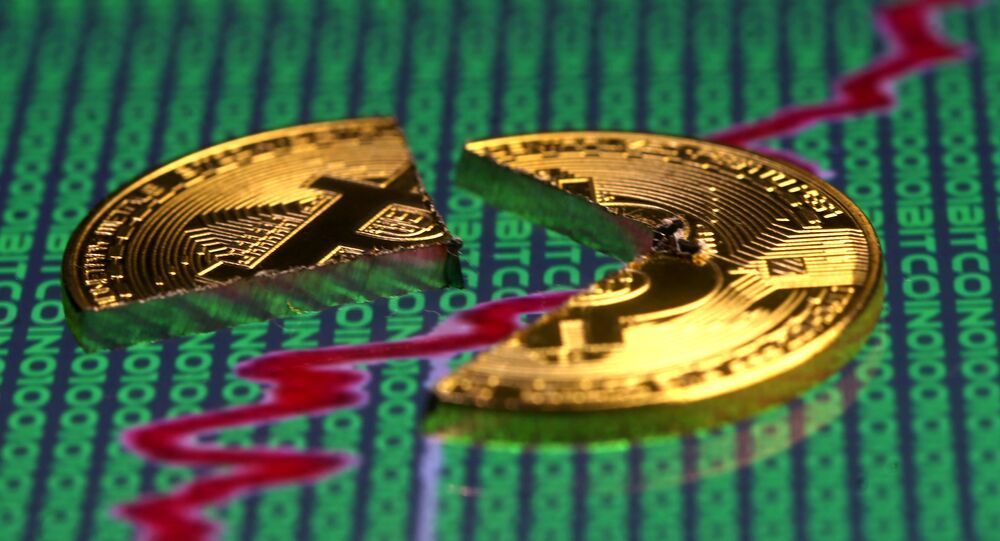 Bill Harris, former CEO of Intuit and founding CEO of PayPal has been warning people against investing in Bitcoin for some time now. In a recent post he went so far as to call it a colossal “pump-and-dump” scheme.

As cryptocurrency madness rages on, people have a divided opinion on whether to invest in it or avoid it. Now Bill Harris has once again raised his voice to inform people that it is vital to stay careful when investing in cryptocurrency.

© Sputnik / Vladimir Astapkovich
Atlanta Pays $2.6M to Contractors to Fix Hack Instead of $50K Bitcoin Ransom
He went on saying that in his opinion, it’s a colossal pump-and-dump scheme, the likes of which the world has never seen.

“In a pump-and-dump game, promoters pump up the price of a security creating a speculative frenzy, and then dump some of their holdings at artificially high prices. And some cryptocurrencies are pure frauds. Ernst & Young estimates that 10 percent of the money raised for initial coin offerings has been stolen,” the former CEO said.

According to Harris, the people who are at the losing end of this gambling game are “ill-informed buyers caught up in the spiral of greed.”

In the end, what is left is a massive transfer of wealth from ordinary families to internet promoters.

© AP Photo / Kin Cheung
Go, Skepticism: Bitcoin Hits Two-Month High of $8,000 Despite 'Bubble' Reports
He went on saying that cryptocurrency is best-suited for criminal activity because the transactions are anonymous and law enforcement cannot easily track down the illegal transactions.

According to Harris, most heavy users of bitcoin are criminals, such as Silk Road and the WannaCry ransomware.

Since then, Bitcoin has regained some ground to trade at around $9, 034 at the current market price.