Crude oil prices also dropped severely as Macron raised the specter of salvaging the Iran nuclear deal. Oil prices had been surging in recent weeks on the hope that Trump would back out of the 2015 Joint Comprehensive Plan of Action, which would wipe out an estimated 1 million barrels of crude oil output per day by renewing sanctions on Iran. 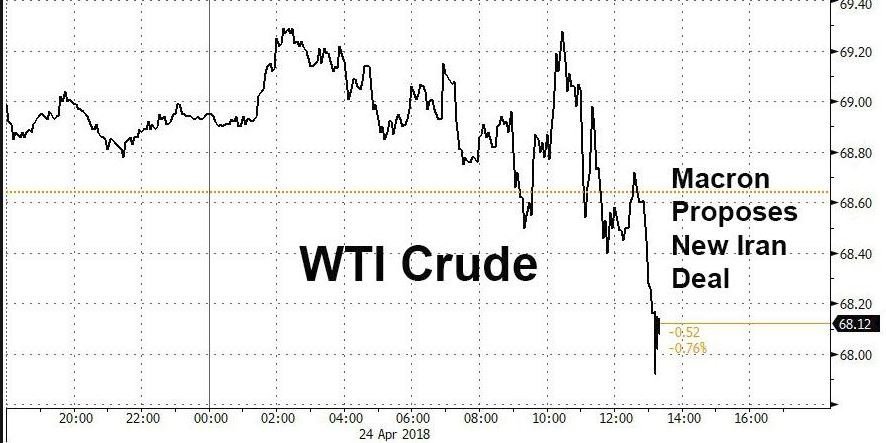 "It's about respecting the sovereignty of the states in the region. It's not about tearing apart an agreement but building something new that will cover all of our concerns," Macron said during a joint news conference with Trump Tuesday. Trump has the ability to exit the deal on May 12, when he is due to make a decision on whether to reauthorize its provisions. While Trump has been expected to ditch the deal, as he promised at its last reauthorization, Macron has proposed a new framework that would build on top of the JCPOA instead of killing it.

Nevertheless, Trump did everything he could to reassure Riyadh that it's not certain he will renew the Iran deal. "Nobody knows" what Trump will do on May 12, the US president said.

China's Financial Deregulation to Save Wall Street Giants From Collapse