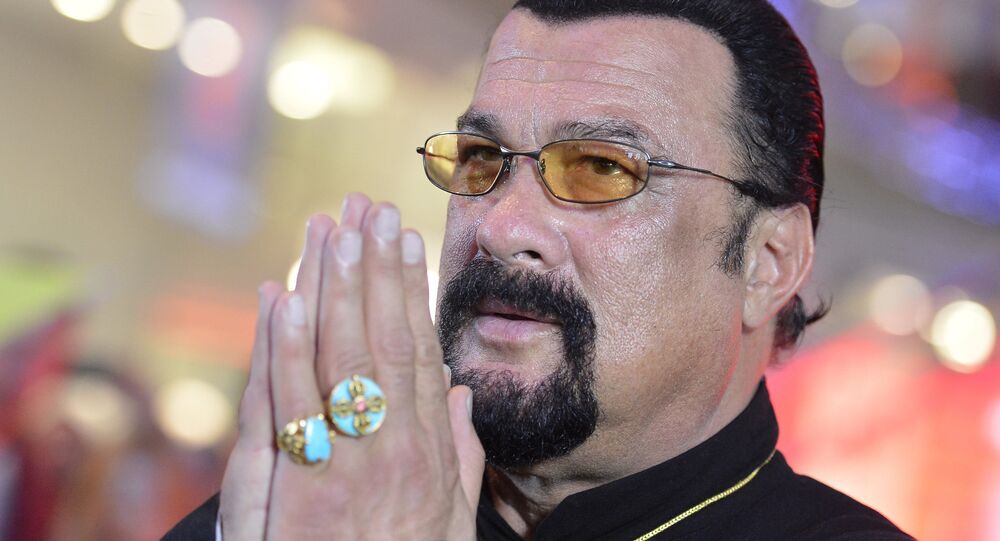 Seagal announced on Tuesday via his Twitter account that he has become the "worldwide ambassador" of a new cryptocurrency called Bitcoiin2Gen's (B2G). The problem with it is that although the coin maker claims in a press release that it wants to "make a superior or more advanced version of Original Bitcoin," there are worrying signs about the project.

​For instance, the cryptocurrency's name is a slightly tweaked version of a popular name "Bitcoin", and that can confuse general public. Also, the project apparently has elements of a pyramid scheme as it promises interest rates that increase over time as more investors arrive during the initial coin offering (ICO) period, according to the 16-page "white paper" posted to its website.

The fact that the website lists no details about who's actually behind the cryptocurrency also raises concerns.

"Bitcoiin has attracted some criticism for sharing elements of… investment structures by which early investors make money largely by bringing in new buyers,"  CoinDesk reported.

Interestingly, the newly minted project's PR release gloriously states that "as a Buddhist, Zen teacher, and healer", Seagal "lives by the principles that the development of the physical self is essential to protect the spiritual man", as if it is somehow relevant.

© REUTERS / Dado Ruvic/File Photo
'Cryptocurrency Market Shows Signs of Out of Control Bubble' - Brokerage Executive Director
"[Seagal] believes that what he does in his life is about leading people into contemplation to wake them up and enlighten them in some manner. These are precisely the objectives of the Bitcoiin2Gen to empower the community by providing a decentralized P2P payment system with its own wallet, mining ecosystem and robust blockchain platform without the need of any third party." the statement says.

The Securities and Exchanges Commission warned earlier in November about celebrity endorsed cryptocurrencies and ICOs, saying that "these endorsements may be unlawful if they do not disclose the nature, source, and amount of any compensation paid, directly or indirectly, by the company in exchange for the endorsement."