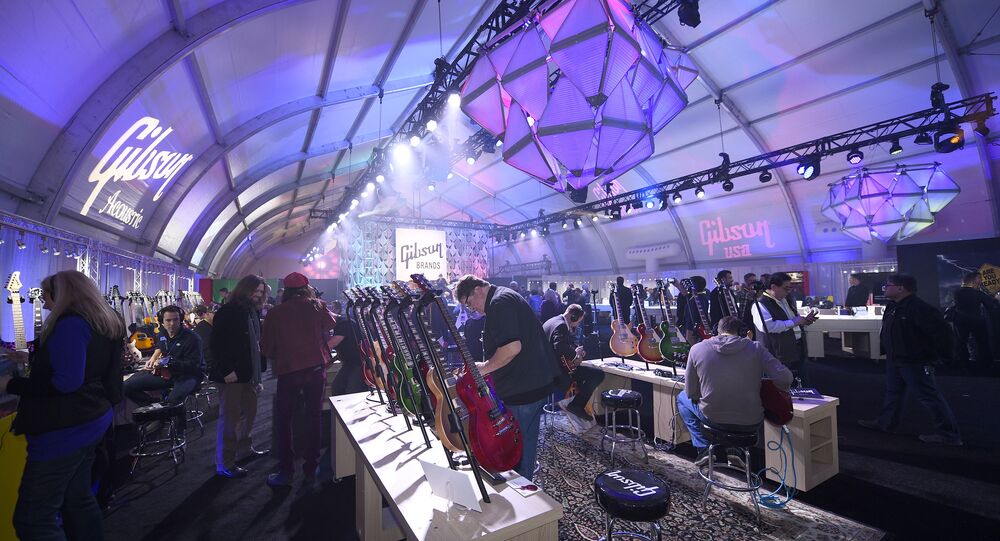 The world's most-recognizable guitar manufacturer is reassuring investors of its ability to meet its obligations as the company is weighing three possible options to tackle mounting debt woes.

However, Gibson CEO Henry Juszkiewicz has rebuked claims of the company's imminent bankruptcy.

"We have been monetizing assets like stock holdings, real property and business segments that could not achieve the level of success we expected," Juszkiewicz said in a news release. "We can reduce debt and generate funds to contribute to business segments that are thriving. It is important to our business to get back to the financial success we had to achieve the best financial terms in the refinancing of our company."

Gibson Brands reportedly has some $375 million worth of its senior secured bonds maturing in the near future, and an additional $145 million in credit facilities issued back in 2013 becoming due unless refinanced by July 23.

Amidst such an unfavorable situation, Gibson's chief financial officer Bill Lawrence has reportedly left his post after only several months on the job, a reflection of the financial hardship at the world's flagship guitar-maker.

Gibson Brands generates roughly $1 billion in yearly revenue, however, experts say the company might struggle to address its debt issues. In an attempt to resolve the matter, Gibson has partnered with investment bank Jefferies, but some point out that Juszkiewicz might have to leave before any settlement agreement can be reached.

Gibson was founded back in 1902 in Kalamazoo, Mich., and initially specialized in producing smaller stringed instruments, such as mandolins. Its first guitars - which were archtop acoustics, Gibson's own unique invention - made a big breakthrough in the consumer market in the late 1910s, and by the 1930s Gibson was supplying countless jazz bands with both flattop and archtop guitars.

The company is known for introducing the first functional electric guitar in the mid-1930s, equipped with a "soapbar" magnetic pickup, named after the acclaimed jazz guitarist Charlie Christian. Gibson launched its most recognizable guitar model - named after another innovative guitarist, Les Paul - in 1952.

The company moved its operations to Nashville, Tenn., in the 1980s, at the height of mainstream acceptance of guitar-based rock music.

At this point, things aren't going quite as well as they were in Gibson's glory days. Experts say the complicated situation is exacerbated by insufficient revenue and high factory input costs, including the costs of American labor.

First, Juszkiewicz and his executives could negotiate a debt swap for a new issue of securities. This would move due deadlines into the future, giving the company a chance to improve its sales performance in the meantime.

Second, Juszkiewicz could exchange some of his shares in the company for debt repayment.

A third option would be a bankruptcy court, which would put the company's future into jeopardy. In this scenario, Gibson would likely be acquired by another major guitar brand, with some of its operations closed, and some moved to Asia to cut operational costs. Currently, Gibson guitars are made in the United States - which is also part of the company's market strategy.

However, experts have some optimism.

Recently, Gibson sold Baldwin Piano in order to raise cash and expects to raise additional revenue from its electronics units. The company has reassured all its obligations will be met.

This as Gibson has struggled over the past decade due to the high street price of its instruments, coupled with stagnant wages and subdued consumer sentiment during that period. Meanwhile, the guitar market has been flooded by more affordable instruments from other manufacturers - mainly, from China.

Other North American manufacturers - such as PRS Guitars - offered their modernized variations of the classic Gibson designs coupled with modern features. Overall, oversupply on the international and domestic markets has greatly contributed to Gibson's financial turmoil.

However, the uncertain future of the role of the guitar in popular music is putting pressure on Gibson in the long-term. The company might have to downsize and start making more affordable instruments in order to maintain or boost its appeal amongst a new generation of guitar players.