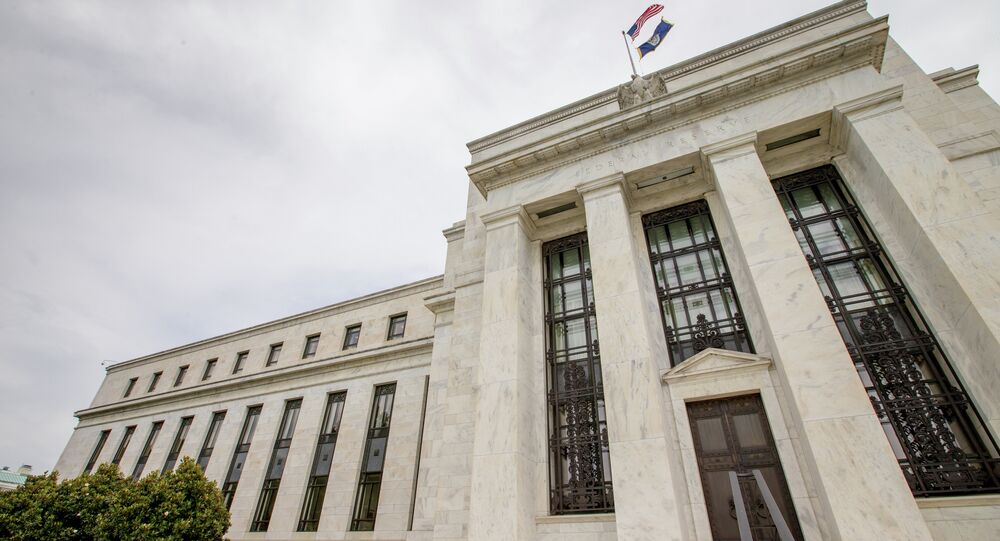 Prominent economist and San Francisco Fed President John Williams might become Fed Vice Chair next month, which could suggest a pivot to a more hawkish policy at the Federal Reserve.

Kristian Rouz – President Trump is reportedly considering President of the Federal Reserve Bank of San Francisco John Williams for the job of Vice Chair of the Fed Board of Governors. Williams is known as a moderate hawk, and his recent comments on interest rates suggest his view of the central bank’s role falls in line with the Trump administration’s broader approach to economic policy.

Williams said he would accept the opportunity, but it is yet unclear whether there are other contenders for the post.

If appointed, Williams would join the new Fed Chair Jerome Powell in Washington in February to oversee the massive reforms initiated by President Trump to the US economy.

© Sputnik / Mihail Kutusov
Federal Reserve to Deregulate Banking Sector
Williams is a renowned economist, and his research on monetary policy and interest rates is widely recognized both within the central bank, and among broader circles of economic policymakers and observers.

His stance on interest rates is supportive of further gradual increases in borrowing costs. Williams recently said the GOP tax reform and the looming infrastructure package are set to boost GDP expansion this year. This would require tighter monetary policies from the Fed in order to offset the macroeconomic risk of overheating the buoyantly expanding financial sector.

"Right now my base case is that three rate increases for 2018 seems like a good starting point." Williams said on the side lines of the Bay Area Council Economic Institute, adding, "That’s not something that’s locked in."

This means if the economy performs well this year, the Fed might consider more hikes, bringing the base interest rates from the current gauge of 1.25-1.5 percent up to 2.5 percent by next January.

Williams became the head of San Francisco Fed back in March 2011, succeeding Janet Yellen after she was appointed as the Vice Chair at the Federal Reserve in Washington.

Williams stressed there's still no solid evidence of a surge in inflation, as wages have only started to lift off after two decades of stagnation, whilst the core prices index is still below the Fed’s 2-percent target.

© AFP 2021 / BRENDAN SMIALOWSKI
Federal Reserve: Low Inflation Main Harbinger of Recession
Nonetheless, he noted, "there are clearly signs… the economy does better than I expect."

The Fed Vice Chair position would allow Williams to increase his influence on the course of US monetary policies. He has previously urged to lower the long-term interest rate expectations, citing his observations of  slower long-term economic growth compared to past decades.

However, as President Trump has explicitly made  economic acceleration his key priority, Williams raised his growth forecast for the US economy. He says the GDP will grow by 2.25-2.5 percent, pushing unemployment rates down from the current 4.1 percent to 3.7 percent by late 2018. Williams also said inflation will reach the Fed's 2-percent target within two years.

"I am not really worried about throwing us off the gradual rate (hikes)," Williams said. “It could be a little bit quicker pace of increases, somewhat quicker, but I don’t see any kind of game-changing shift in strategy."

President Trump has yet to make his decision on Williams’ appointment as Fed Vice Chair. The decision is expected in early February.