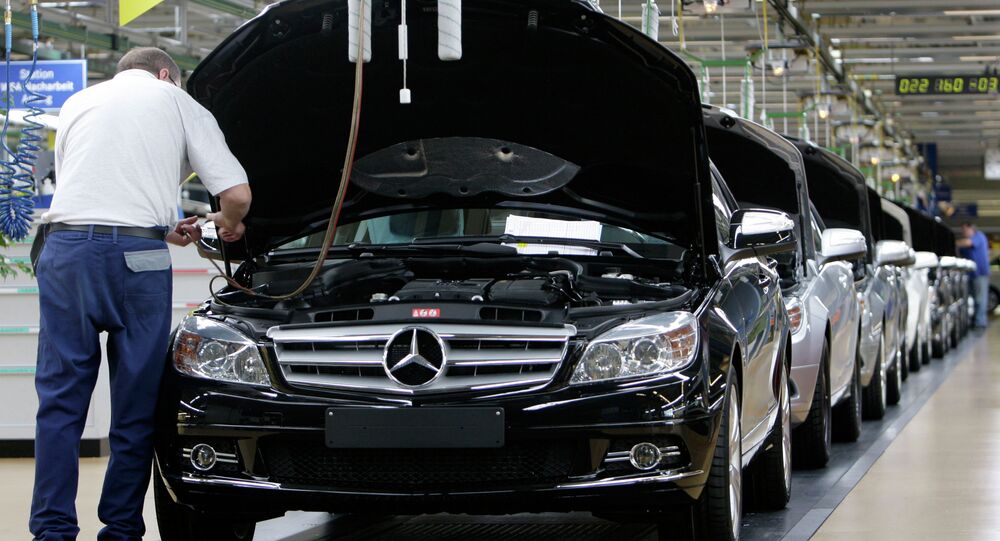 The Iranian car manufacturing company Iran Khodro and the German Daimler concern signed an agreement on the start of production of Mercedes-Benz cars in Iran from the Islamic new year (late March), the ISNA news agency reported on Friday.

The German car giant will launch manufacturing in Iran this year as part of cooperation with Khodro company. Mercedes-Benz is going to produce 2,500 vehicles till the end of 2018.

© AP Photo / Vahid Salemi, File
Iran's Economy Ready to Accept Up to $100Bln Annual Foreign Investments
The Iranian economy became more open for the global markets in 2016, when the Joint Comprehensive Plan of Action (JCPOA, also known as the Iranian nuclear deal), which was signed in 2015, entered into force.

The Iranian pledge to ensure the peaceful character of its nuclear program urged the international community to lift sanctions against the Islamic republic.

The Iran Khodro company has already been producing Renault and Peugeot cars. In November, the French manufacturer Citroen along with the Iranian SAIPA company presented the Citroen C3 car, which is the first auto jointly developed by European and Iranian companies.

Shine Bright Like a Diamond: Watch a Swarovski Mercedes-Benz Sparkle

Mercedes-Benz to Recall Over 300,000 Cars in US Because of Fire Hazard