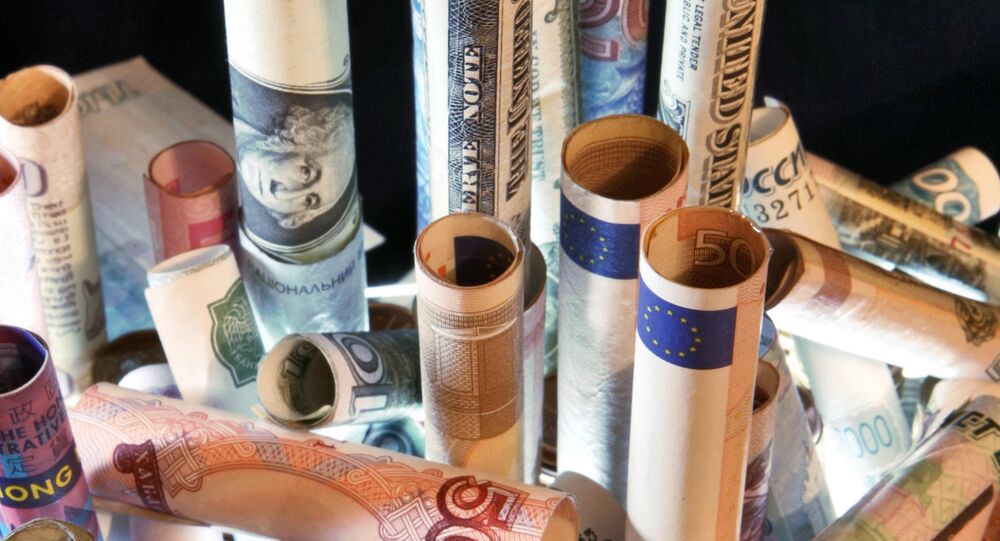 Chinese business news and analysis portal BWChinese has outlined how, in addition to the petro-yuan, China and its Russian partners can go about creating a real global alternative to the US dollar.

According to the portal, China and Russia's use of yuan-denominated crude oil futures will help promote the ascendency of the renminbi. And although China's weight in the crude oil market is not by itself sufficient to shake the global dominance of the petro-dollar, its status as the world's largest crude oil importer will certainly help solidify the petro-yuan's positions, with even US energy companies showing interest in exporting shale oil to the Asian economic powerhouse.

At the same time, BWC asserts that apart from the creation of a non-dollar denominated environment for oil trade, "both Russia and China are also stepping up their exploration and acquisition of physical gold reserves," hedging against the implications of a possible collapse of the de-facto world currency.

© AP Photo / Virginia Mayo
EU Trade Chief Laments the Decline of US Trade Leadership
Ronan Manly, a precious metals expert at Singapore-based precious metal dealership operator, recently told RT that China and Russia's stockpiling of the precious metal can be seen as part of an international trade strategy bent on escaping the grip of the dollar, which isn't backed by anything.

Accordingly, the Chinese business portal notes, the fact that the two countries are rapidly building up their gold reserves, and considering a return to the gold standard, are signs that the global hegemony of the dollar may be entering its twilight stage.

BWC pointed out that even key US ally Germany recently made the decision to repatriate its gold from vaults in New York City and Paris last year, possibly in part due to concerns that the dollar may have lost its once rock-solid credibility.

According to the publication, China and Russia have engaged in an "aggressive" buildup of their gold reserves over the last decade, growing from about 400 tons in 2007 to 3,670 tons today (i.e. 1,842.6 tons for China and 1,828.6 tons for Russia, respectively, according to the World Gold Council).

In his interview with RT, Manly emphasized that gold is essentially the only monetary asset available to Russia and China which can provide independence from the dollar. And given the fact that the precious metal can be purchased from a variety of sources, both countries may actually have stockpiles of gold many times the size of their official reserves. If China and Russia manage to collectively accumulate more of the precious metal than the US (which is estimated to hold about 8,133.5 tons), this would serve as a major, if symbolic, blow to both the dollar and the position of the US in the global economy in general.

© AFP 2021 / FRED DUFOUR
Will China Wreck the US Treasuries Market and the US Dollar?
Today, the analyst said, China and Russia openly list their gold as a strategic monetary asset, while the United States has continually sought to underestimate the strategic value of the precious metal because, at present, it remains the biggest single danger to the hegemony of the dollar.

Germany-based US economist F. William Engdahl recently wrote about Russia and China's efforts to create an alternative to the dollar, including a gold-backed international currency, or even several similar currencies, and how these efforts will help to prevent Washington and Wall Street from pumping up another Greece-style bond crisis to force countries that have a trade surplus to invest in US Treasury securities.

In this light, it's fitting, according to BWC, that Donald Trump, shortly before he became president, once said that "we used to have a very solid country because it was based on a Gold Standard for it. We do not have that anymore…one of the problems is we do not have the gold – other places have the gold."

Indeed, the 'gold in Trump's eyes' confirms that there remains no real substitute for the precious metal as "the final guardian and emergency reserve" of economic security and stability, BWC concluded.

Will China Wreck the US Treasuries Market and the US Dollar?