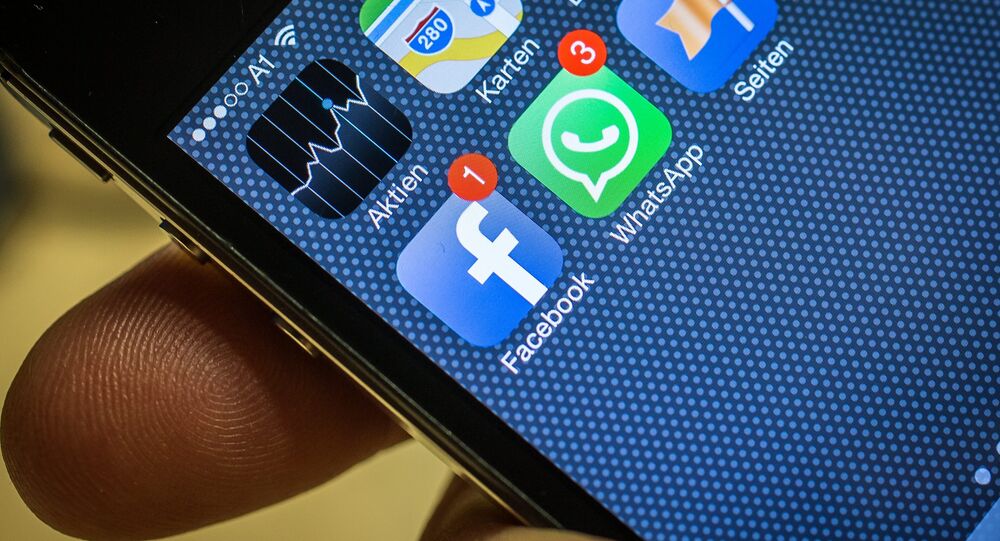 France's data protection regulator has told popular messenger WhatsApp to stop sharing user data with Facebook, on penalty of major fines. Speaking to Sputnik, internet law specialist Thierry Vallat explained why the company can't be expected to simply give up access to the 'white gold' of private user data.

France's National Data Protection Commission (CNIL) ruled Monday that WhatsApp has a month to stop data-sharing with the social media giant, or face sanctions. According to CNIL, WhatsApp currently transfers information like phone numbers, user habits, and other private data, and the only way users can effectively opt out of the data sharing is by uninstalling the app. About 10 million people in France are affected.

Internet law specialist Thierry Vallat says that even if the new version of the user agreement explicitly admits to the transmission of data to Facebook, users will have little choice but to accept the company's terms.

"Here consent is not informed. This is forced consent. Whatsapp says 'Would you like to use our messenger? Then give your consent.' This is not voluntary consent, but forced consent…That's the problem," Vallat explained, speaking to Sputnik France.

In May, EU antitrust regulators fined the social media giant $122 million for providing misleading information during the vetting process ahead of its deal to acquire WhatsApp in 2014.

According to Vallat, for Facebook, these kinds of fines are chump change. "This is a large amount. But at the same time it's just a drop in the ocean of cash the US internet giant has at its disposal. I can't say that Facebook doesn't care. It has ultimately made efforts to cooperate more with European regulators on other issues," the lawyer said.

© Photo : Santeri Viinamäki
World's First SMS Was Sent 25 Years Ago. Guess What it Read
Nevertheless, Vallat emphasized that given the immense financial incentives that come with access to user data, Facebook is unlikely to simply give it up anytime soon, sanctions or no sanctions.

"More and more sanctions are being imposed on the company. Germany, France and other European countries are trying to fight the hegemony of the GAFA companies [Google, Apple, Facebook and Amazon]. Personal data is the main issue in this digital game, and user data is white gold. And not just for advertising, but for gaining knowledge about your behavior, your lifestyle."

The ultimate danger, according to the lawyer, is that "in the future, we may be forced to change our lifestyles. After all, the algorithms contained in these databases know us better than we know ourselves."