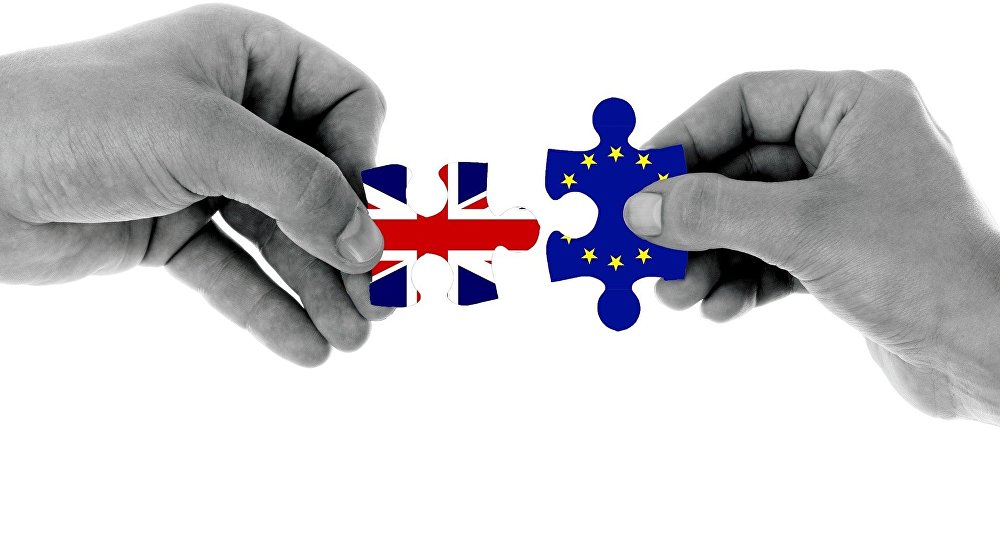 As Brexit negotiations progress into their second stage, the British Chancellor of the Exchequer says the Albion will seek a tailored trade deal with the EU. A comprehensive trade agreement is poised to detail every major aspect of the bilateral economic relationship in order to benefit the UK the most.

Kristian Rouz – Chancellor Philip Hammond said the UK is likely to negotiate a special trade relationship as the Brexit talks continue. The EU seeks a £40-billion divorce bill from the UK – a demand the majority of the British public, both in the ‘Leave’ and ‘Remain’ camp, reject.

“The real negotiations on the second phase will start in March next year. I cannot say when these negotiations will be concluded,” Jean-Claude Juncker, President of the European Commission, said.

A mutually-beneficial trade relationship extended beyond the separation deadline in 2019 could be worth the multi-billion divorce payoff, British officials say. Nonetheless, hard-line Brexiteers in the Tory and Unionist Cabinet, as well as in staunchly Eurosceptic political groups such as UKIP and Britain First, are somewhat opposed to that type of a deal.

© REUTERS / Simon Dawson
Brexit Scenario: German Chancellor Merkel Warns of 'the Most Difficult Phase'
"I'm not surprised you're (EU) all very pleased with Theresa the appeaser — who has given in on virtually everything," former UKIP head Nigel Farage said. "She has danced to your tune all the way through this. You must be very, very happy indeed."

So far, they remain in the minority, with over 45 percent of the British public voicing their support for Prime Minister Theresa May Cabinet’s handling of the divorce procedure.

Chancellor Hammond also said Britain’s trade deal with the EU would be different that the pact Canada has recently secured with the continental bloc. He made his remarks during his visit to China. 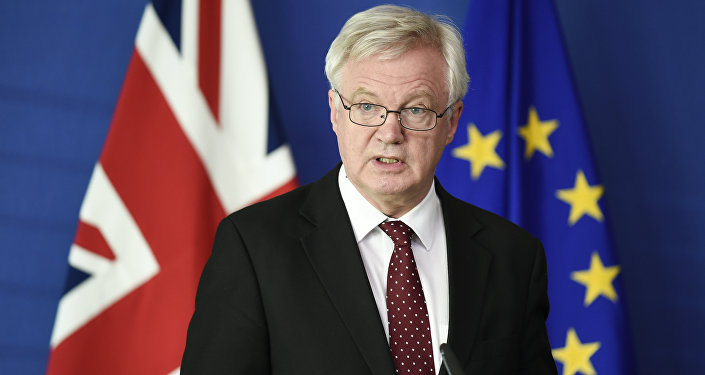 © AFP 2019 / JOHN THYS
What Else is UK Brexit Department Hiding From Brits After FOI Requests Ignored?
The EU’s deal with Canada eliminated 98 percent of all customs duties on goods, while the lion’s share of UK’s trade with the EU consists of its trade in services.

For their part, the EU leaders praised PM May for her effort to prevent a ‘hard Brexit’, which would mean the UK leaving the Union without a trade deal or a 'divorce settlement', thus severing bilateral economic ties with its 27  former partners altogether.

The EU now appears to be more willing to compromise, as the UK’s official data suggest its foreign trade with non-EU countries has significantly increased, particularly on the exports side.

"I think Brexit at some point in the future may need to be refought all over again," UKIP’s Farage added.

The UK is currently seeking a closer trade relationship with China. The latter is facing the prospect of narrowing exports to the US in the wake of President Trump’s economic reforms. The rapprochement between China and the UK is seen as mutually beneficial, as a ‘hard Brexit’ scenario for Britain is still not off the table completely.

During his visit to Beijing, Chancellor Hammond secured a deeper cooperation on bilateral trade in goods and services.

© AP Photo / Francois Lenoir
EU Leaders Approve Second Phase of Brexit Talks - Tusk
The British Cabinet said in a statement Saturday the UK and China would establish a joint expert group to coordinate monetary and fiscal policies. Both sides voiced their opposition to trade protectionism, and reiterated their commitment to the World Trade Organization's (WTO) rules.

This significantly emboldens the UK ahead of the second round of Brexit talks. This as Britain’s dependence on trade with the continent has been fading gradually ever since the Brexit referendum on June 23, 2016.

However, some warn the UK’s rising exposure to trade with China could hamper the renaissance in British manufacturing, sparked by Brexit.