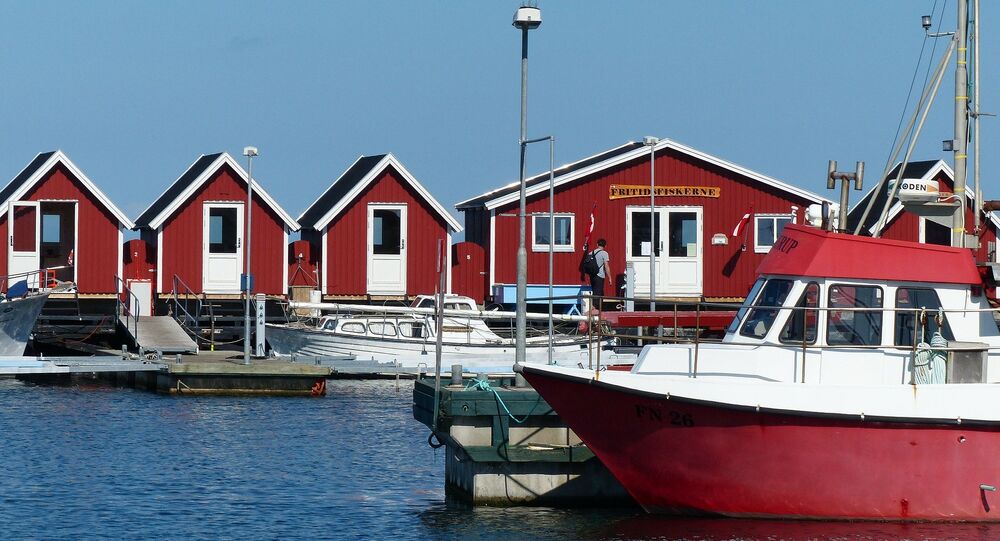 The prospect of Brexit has become a nightmare for Nordic fishermen, who may lose access to the rich fishing grounds around the British Isles following the UK's divorce from the European Union.

Britain's threats to reclaim its fishing grounds when the country bids farewell to the EU in spring 2019 have alarmed Swedish and Danish fishermen, who are reliant on the British waters for a large part of their catch. Unless the UK and EU broker a deal, the remaining EU nations may lose their fishing rights in the British economic zone.

The Swedish fishermen's trade union SFR has described Brexit's consequences for mackerel and herring fishing as a "fateful question," as many fishermen make a living from it. Schools of mackerel enjoy deep waters during winter and only move closer to Swedish waters when it's warmer. Therefore, a major proportion of Swedish fishing takes part in British waters.

© AFP 2020 / Scanpix Denmark/ NIKOLAI LINARES
Denmark Reluctant to Recompense EU for UK's Departure
Johansson predicted tough negotiations between Britain and the EU, citing a clear conflict of interests, exacerbated by the negotiators' inexperience, as no similar talks have been carried out before. Recovering fishing grounds was a key argument in the Brexit campaign. However, Johansson is hopeful the British will show more lenience, when they realize what they have to lose in the process.

"You should not imagine that Britain can replace the EU market with, say, that of the US. They need this market badly," Johansson argued.

SPF CEO Anton Paulrud explained that the quota system for fisheries was updated about ten years ago, which sharply decreased the number of fishermen, while increasing profitability for those who stayed in the trade. According to Paulrud, the current uncertainty will not affect Swedes' choice of career, as the majority of Swedish fishermen are convinced that a mutually beneficial agreement will be reached.

Earlier this month, a Danish government report said Denmark may become the biggest loser if Britain decides to limit access to its waters for foreign fishermen. The Danish fishermen, who are currently most active in the British waters, may lose up to half of their catch in a worst-case scenario, researchers from the University of Copenhagen pointed out.

© AFP 2020 / ODD ANDERSEN
Germany to Become Sweden's Next 'Best Pal' After Brexit
Between 2012 and 2016, Danish fishermen have annually caught seafood worth up to DKK 1 billion ($160 million) in British waters, corresponding to 34 percent of their total revenues.

Denmark's Fisheries Minister Karen Elleman pledged to work together with the fellow remaining EU nations to minimize the effect of Brexit.