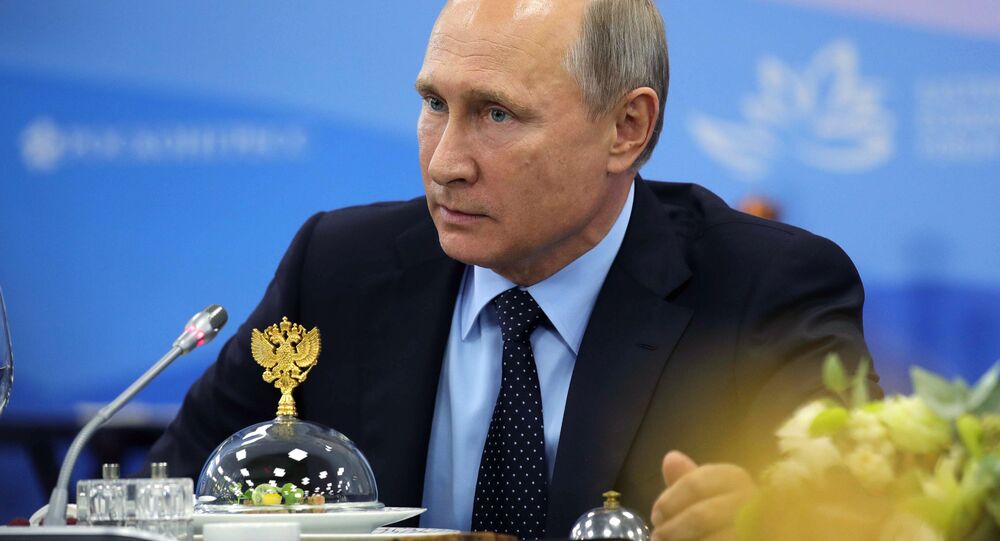 The Kremlin commented on President Putin's economic agenda at the economic forum underway in the Russian Far East which gathered over 3,500 participants from more than 50 countries.

"The president held discussions in the end of the day with business representatives. They were foreign investors … There was a wide variety of investors – representatives from China, Japan, Vietnam, Cambodia, Australia and so on," Peskov told reporters.

© Sputnik / Evgeny Biyatov
EEF 2017: India Eyes Big Investment Opportunities in Russia’s Far East
The spokesman added that business representatives told Putin about their projects in various areas and spoke openly about the problems they were facing.

"In the course of the discussion, the president instructed both [Presidential Envoy to the Far East Yury] Trutnev and [Deputy Prime Minister Dmitry] Shuvalov, and expressed interest in even minor details related to the activities of the foreign investors here in the Far East," Peskov pointed out.

The 2017 EEF which kicked off on Wednesday is expected to gather over 3,500 participants from more than 50 countries. A number of world leaders are attending the forum including South Korean President Moon Jae-in and Japanese Prime Minister Shinzo Abe.