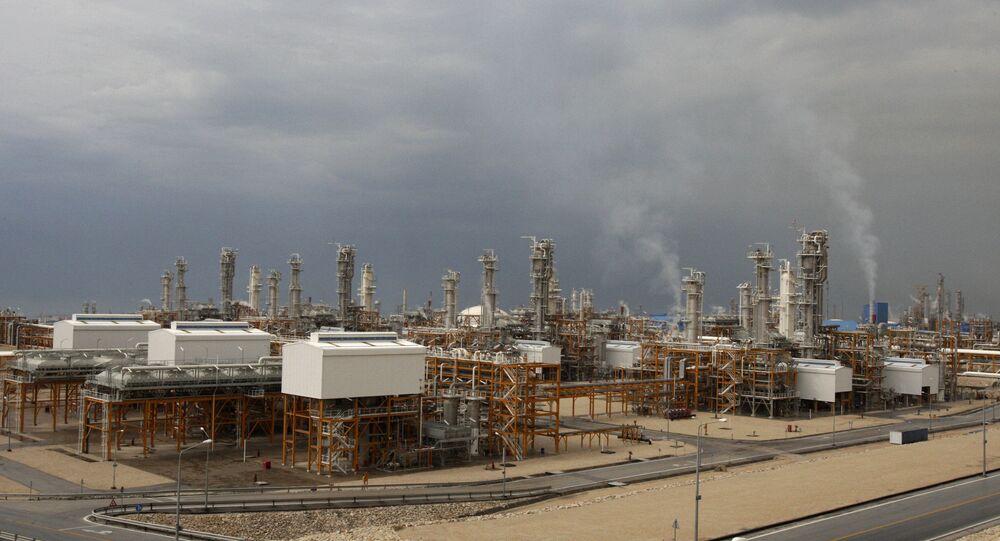 Every new contract signed by Tehran with foreign energy companies in the oil and gas area proves that anti-Iranian US policy has failed, Iran's Oil Minister Bijan Namdar Zanganeh said.

The Iranian minister added that Tehran should exert efforts to diversify its partners in order to ensure the economic security of Iran.

"We should not focus only on the Europe, as diversifying the parties to the agreements can create a safe margin for the country against the US pressures," Zanganeh added, citing the July deal on joint development of Iran's South Pars gas field by France's energy giant Total, China’s National Petroleum Company (CNPC) and the National Iranian Oil Company (NIOC).

In recent months, Iran has been taking steps to increase its oil production and exports amid gradual lifting of international sanctions following a historic agreement with the P5+1 countries, which are China, France, Russia, the United Kingdom, the United States plus Germany, on Iranian nuclear program reached in mid-2015.

In July, the US Senate approved a bill on new non-nuclear sanctions against Iranian individuals and entities over the country's missile program and alleged human rights violations. The move has been widely criticized by Iranian officials, who claim that the US bill violated the provisions of the 2015 agreement.