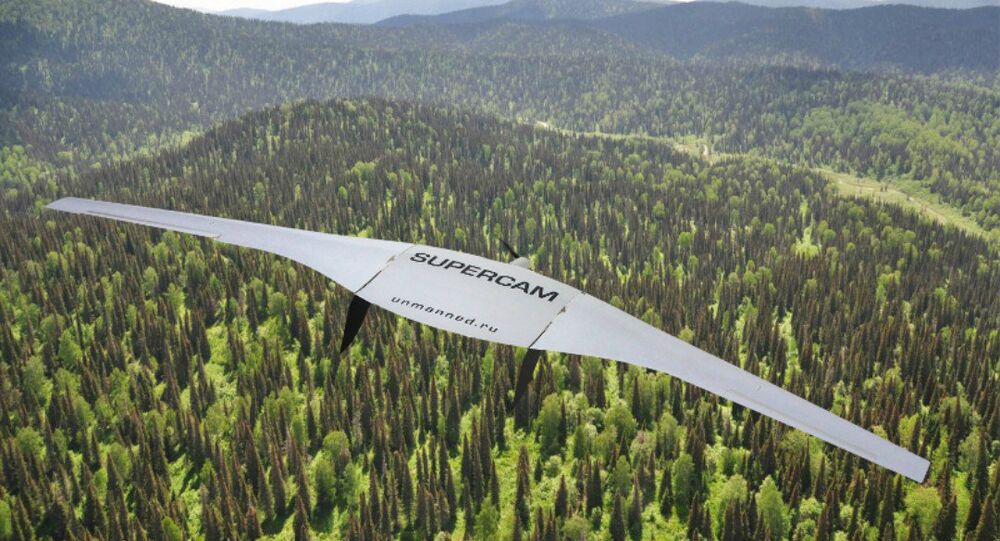 © CC0
Dough is in the Air: Russia's Sberbank to Launch Cash-Carrying Drones Able to Transport 50Kg by Fall
MOSCOW (Sputnik) — "Latin America is a very interesting market for us, because the large territories, relatively speaking, are similar to our territories, and similar tasks in the electric power industry, pipeline monitoring, border and territory protection," Ivanov said on the sidelines of the MAKS-2017 International Aviation and Space Salon.

He added that the company carried out test flights in Mexico in 2014 and 2015.

"Since then, there were upgrades, new models have come out. Now we are preparing for the next trips, including to Argentina and a number of countries where negotiations are underway," Ivanov noted.

UAV Supercam is designed for panoramic and planimetric aerial photography and video shooting, and other similar tasks. It is supplied with a photo camera, video camera, thermographic camera and gyro-stabilized television camera.

Due its high stability and docile handling, UAV Supercam can be used in adverse weather conditions.