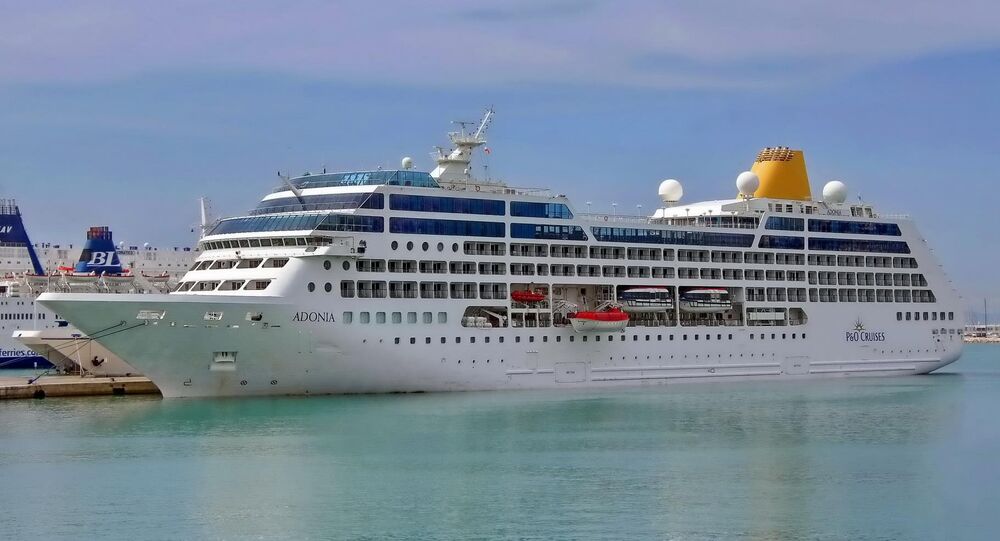 Japan is planning to alter its laws in order to allow cruise ships to function as floating hotels during the 2020 Olympics.

© Sputnik / Alexander Liskin
Tokyo Plans to Find New Opportunities for Cooperation With Moscow on Kurils - Official
The Japanese government is finalizing a plan to let large cruise ships serve as floating hotels during the 2020 Tokyo Olympics and Paralympics, sources in the government say, according to the Japan News.

Currently, Japanese laws only allow ship crews to land for a maximum of 15 days, and that is already considered an emergency measure. There was one exception to that rule, the newspaper reads, when Queen Elizabeth 2 ocean liner, which could accommodate more than 1,500 people, stayed for 65 days during the Yokohama Exotic Showcase in 1989; however, Japanese law experts say the "legal interpretation of that time is vague."

Besides, if ships' crews becomes hotel staff, they would fall outside that maritime rule, experts say.

There are also other problems, as while Japanese legislation does not regulate ships' meals, serving them to the guests of the Olympics would require an import license under the Customs Law.

On Thursday, the Cabinet Secretariat; the Land, Infrastructure, Transport and Tourism Ministry of Japan; and other relevant government bodies reportedly set up a working group to consider legal revisions and necessary legal interpretations, and to discuss making the "hotel ship plan" a reality.

Floating hotels could provide a sizable relief for hotel infrastructure in Japan, as the Port of Tokyo has three wharves capable of mooring ships that can accommodate up to 1,000 people, and the Port of Yokohama can moor twice as much. The government is also examining whether the Port of Kawasaki and Kisarazu Port in Chiba Prefecture can also meet the requirements of cruise ship operators and local governments.

Using cruise ships as floating hotels is not uncommon. They were used during the 2010 Vancouver Winter Games, the 2012 Games in London, the 2014 Games Sochi and the 2016 Rio de Janeiro Games.

According to the Japan News, in 2016, a record-high 24,039,000 visitors came to Japan, filling 80 percent of Tokyo hotels' and other accommodation facilities' rooms. The government expects up to 40 million people to come to the country in 2020, which makes finding more room a quite a significant issue, the website notes.