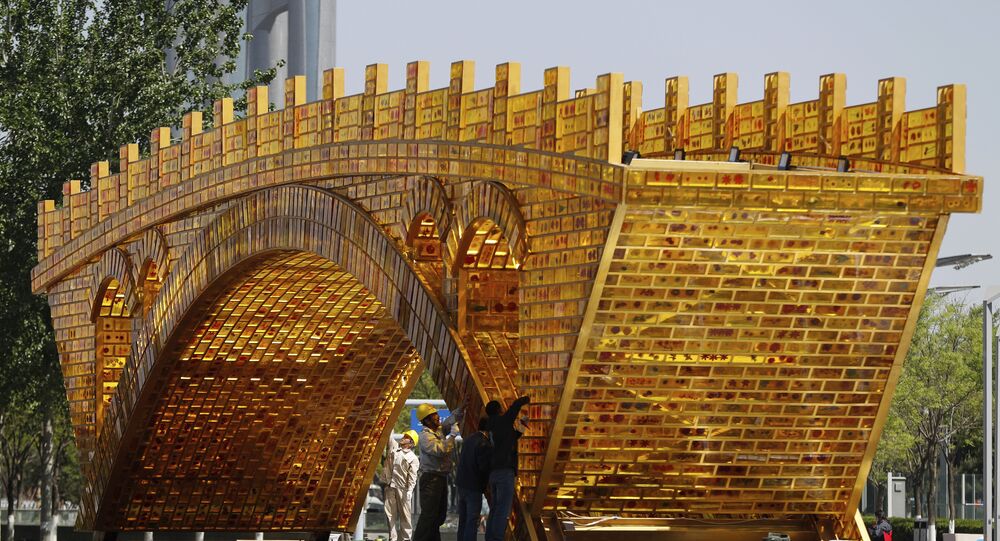 On Monday, an international forum devoted to the One Belt - One Road infrastructure project ended in the Chinese capital of Beijing.

According to chief economist of the Eurasian Development Bank Yaroslav Lissovolik, the implementation of the project will help to reduce the dependence on the US dollar and increase the role of the national currencies in Eurasian countries.

"The implementation of such a megaproject could be used to increase the role of national currencies, contribute to the de-dollarization of the countries in Eurasia and reduce their dependence on the US dollar. In addition, it could help increase the role of other currencies, especially those of emerging markets," the expert said during a conference, organized by Rossiya Segodnya International Information Agency.

According to Lissovolik, the initiative could help create "new reserve currencies and strengthen the yuan as a reserve currency in international financial relations."

"This issue is very important, because it gives a chance to partially affect the financial architecture of Eurasia," he said.

© Sputnik / Sergey Guneev
Ignorance is Bliss: Why West Keeping Mum About China's New Silk Road Initiative
The One Belt — One Road initiative, also informally known as the New Silk Road, is a large-scale infrastructure project. The New Silk Road is believed to be one of the most ambitious economic projects of the first half of the 21st century.