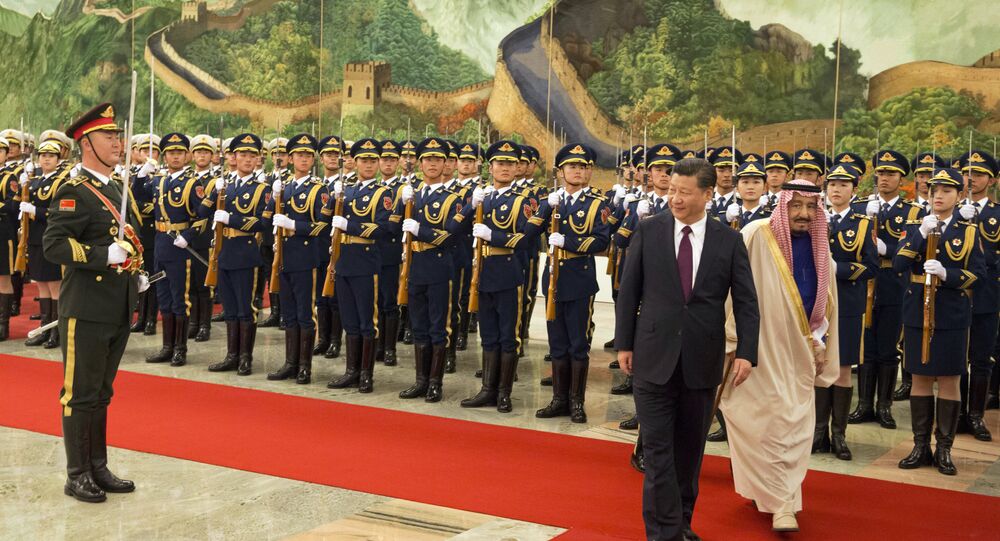 Chinese Vice Minister of Foreign Affairs said that China and Saudi Arabia signed Thursday 14 agreements on cooperation in the spheres of investments, energy and space worth $65 billion.

"Chinese President Xi Jinping held a meeting with Saudi Arabia's King… The parties have signed at the just finished meeting a total of 14 agreements. They include 35 large projects amounting to approximately 65 billion dollars," Zhang told reporters.

The Chinese deputy foreign minister noted that the agreements covered the spheres of investments, science, infrastructure, energy, space and a number of others.

Earlier in the day, Xi and King Salman held a meeting at the Great Hall of the People in Beijing to discuss bilateral cooperation, as well as a number of international issues, including countering terrorism, Israeli-Palestinian conflict, the situation in Syria and Yemen. On Friday, the Saudi king will meet with Premier of China’s State Council Li Keqiang and Chairman of the Standing Committee of the National People's Congress Zhang Dejiang.

China-Russia Cooperation to 'Be Equally Auspicious in the Future'