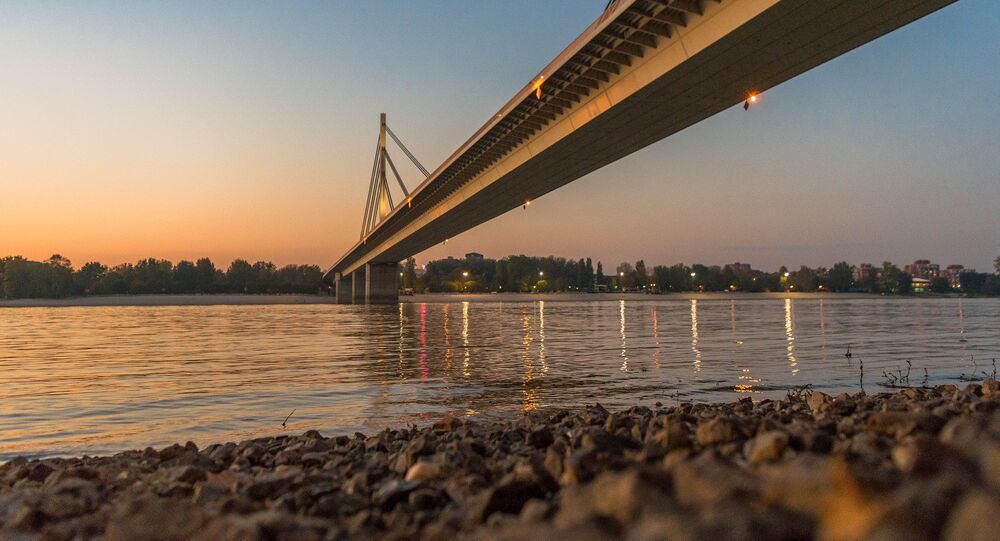 A Danube-Morava-Vardar waterway, which in the long term could connect the North Sea with the Aegean Sea, should not be considered utopian. If estimates show that the project is economically efficient Europe could create its own "Silk Road."

© AP Photo / Markus Schreiber
Polish Defense Minister Sees China's New Silk Road as National Threat
During his recent visit to Serbia, Greek Prime Minister Alexis Tsipras said that the two agreed to develop their "global ideas." The premier referred not only to a railway between Belgrade and Thessaloniki, but also to the century-long idea to connect the two cities with a waterway.

In 2013, the project was promoted by Serbian Ambassador to China Milan Bacevic who at the time served as the country’s natural resources and mining minister. In mid-2013, Chinese company China Gezhouba conducted research of the Morava River and prepared a channel feasibility report.

The document stated that construction of a waterway via Serbia was realistic and economically reasonable, including in terms of logistics costs, electric power generation as well as certain environmental concerns.

In November 2016, Serbian President Tomislav Nikolic highlighted the importance of the project. During talks with his Macedonian counterpart Gjorge Ivanov, Nikolic underscored that a Vardar-Morava waterway would be a historic chance for the region, which Serbia and Macedonia should not miss.

© East News /
China Officially Joins European Bank for Reconstruction and Development
The president also announced that China was ready to provide a financial partner for the project if Serbia, Macedonia and Greece reached an agreement.

The project of a Morava-Vardar waterway (in a broader sense, a Danube-Thessaloniki transportation route) was developed in 1904 by Nikola Stamenkovic, a professor of the Technical Department at the Belgrade University.

An American company from New Jersey prepared documentation for a waterway in 1908. Preparation of a Serbian-Turkish agreement on construction began in 1909, but shortly after the project was suspended due to the Balkan Wars.

© Wikipedia / ahenobarbus
Building Ties: China Calls on African Nations to Join New Silk Road Project
In 1961, Yugoslavia and Greece worked out a new project. In 1973, UN experts visited Yugoslavia and greenlighted the project, and the European Communities had funded preparation works of the Vardar River until 1990. However, the project was again suspended due to the conflict in the Balkans and the collapse of Yugoslavia.

In an interview with Sputnik Serbia, Miodrag Jovanovic, a professor of the Construction Department at the Belgrade University, said that Serbia alone cannot afford to build and maintain a Danube-Morava-Vardar waterway.

"For Serbia alone, such a project is unrealistic. It is a project which requires major financial as well as technical and scientific contributions," said Jovanovic, who examined channel feasibility capacities of the Morava River in the 1980s.

History shows projects of that scope, for example the Panama Canal or the Suez Canal, always require involvement of strong economies. China began its struggle for European markets from the south of Europe. For example, a Chinese holding owns 67 percent of the operator of the Piraeus port, the largest in Greece.

"Chinese investments to transportation infrastructure of Southern Europe are expected to pave the way to the European market for Beijing and Belgrade," an article on Sputnik Serbia read.