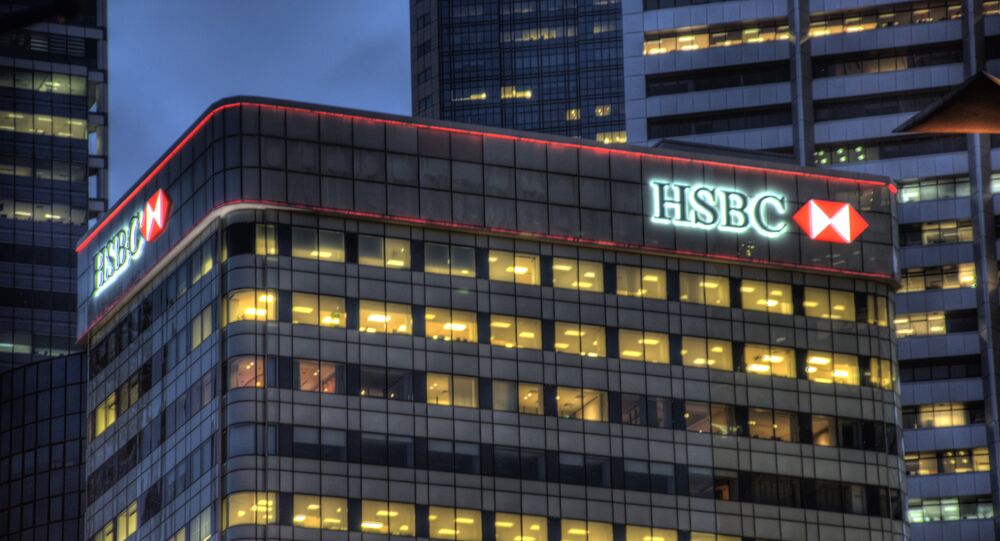 Douglas Flint, chairman of the UK-headquartered HSBC bank, said that his financial institution would move its activities from the country to either Ireland or France if London's exit from the European Union has a negative impact on the bank, local media reported.

© REUTERS / Pierre Albouy
HSBC Swiss Subsidiary Faces Tax Fraud Trial in France
MOSCOW (Sputnik) — During a testimony before the treasury select committee, Flint said that the institution could relocate its activities to Ireland or France if the United Kingdom lost its passporting rights during the Brexit process, The Irish Times newspaper reported on Tuesday.

At the same time, the banker called for a transition period that could last for a few years regardless of the outcome of the Brexit negotiations that could allow banks to prepare potential relocation of their activities and to hire staff in other states, the media outlet added.

The United Kingdom held a referendum on June 23, 2016, deciding to leave the European Union. UK Prime Minister Theresa May said the country would trigger the Article 50 of the EU Lisbon Treaty by the end of March, thus beginning withdrawal negotiations, as well as talks on free trade with London's international partners.

London's potential breakup with the European market has already raised concerns within the business community and made several companies, such as Russia's VTB bank, to consider the transfer of its activities out of the United Kingdom to other EU member states.