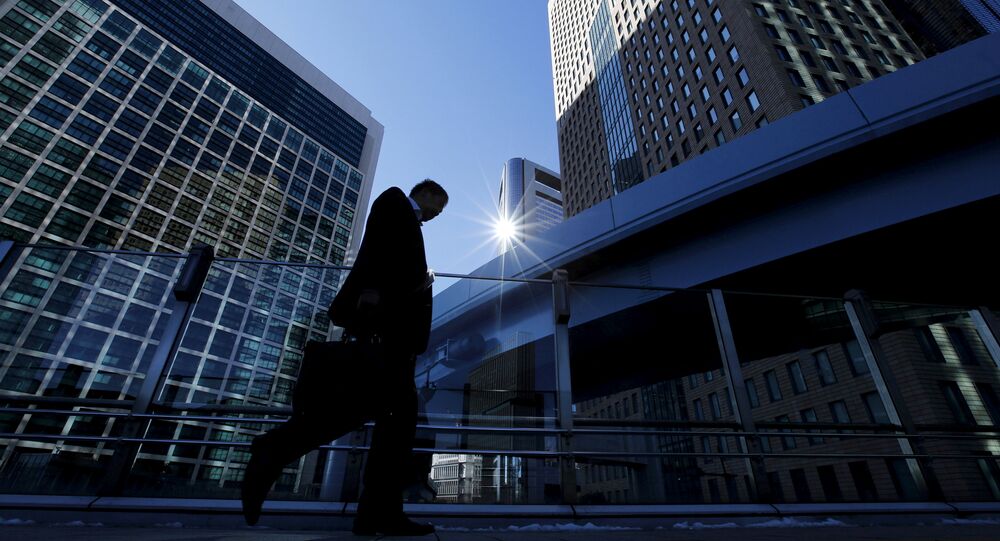 Japanese authorities hope to speed up the negotiating process between Tokyo and Brussels on the issue of a free-trade agreement between the Asian state and the 28-nation bloc.

MOSCOW (Sputnik) — Brussels in Tokyo have been in talks on the free trade zone for years. In September 2016, the sides have already held the 17th round of negotiations, however, after that the representatives of both Japan and the European Union had already met in the Asian country and discussed the issue.

© AP Photo / Eugene Hoshiko
Brexit Boosts Japanese Yen, But Forthcoming EU Collapse Worries Tokyo More
Japanese trade negotiators expressed hope that the free-trade negotiations with the European Union would continue in January and an agreement would be achieved as soon as possible, the NHK broadcaster reported on Tuesday.

At the moment the parties to the negotiations could not reach accord on tariffs, as the Asian state wanted abolition of EU tariffs on cars and Brussels wanted the reduction of tariffs on such products as pork and cheese, the media outlet added.

The EU-Japan Free Trade Agreement negotiations were officially launched on March 25, 2013. The agreement is aimed at liberalization of trade and increase of exports and investment between the 29 countries that together account for over a third of the world's GDP.