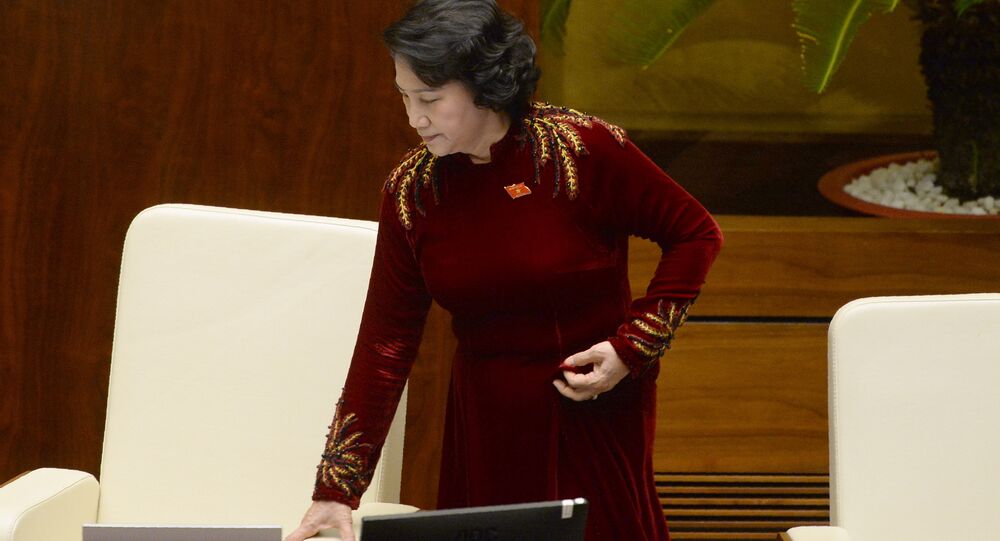 India and Vietnam are likely to sign an intergovernmental framework agreement on civil nuclear cooperation by the end of the week during the visit of the President of Vietnam’s National Assembly to India, media reported on Friday, citing sources.

MOSCOW (Sputnik) — According to The Economic Times, the civil nuclear pact would be aimed at strengthening capacity building and training of Vietnamese nuclear experts by Indian colleagues, as well as improving safeguard measures at nuclear sites.

For Vietnam, India would become the third partner in the sphere of civil nuclear cooperation after Russia and Japan. What concerns India, the only other developing country it signed a pact with is Sri Lanka.

The newspaper stressed that the visit of Ngyun Thi Kim Ngan, who arrived in India with a four-day visit on Thursday, would boost strategic partnership between India and Vietnam.

The two countries have been cooperating in civil nuclear sphere since 1986. The Indian side already participated in the training of Vietnamese experts and supplied a research reactor to Vietnam under the International Atomic Energy Agency (IAEA) program.

In September, India and Vietnam agreed to accelerate the negotiations on the agreement on the peaceful atom, while in November Vietnam’s National Assembly voted for abandonment of nuclear development program, including construction of two nuclear power plants in Ninh Thuan province.