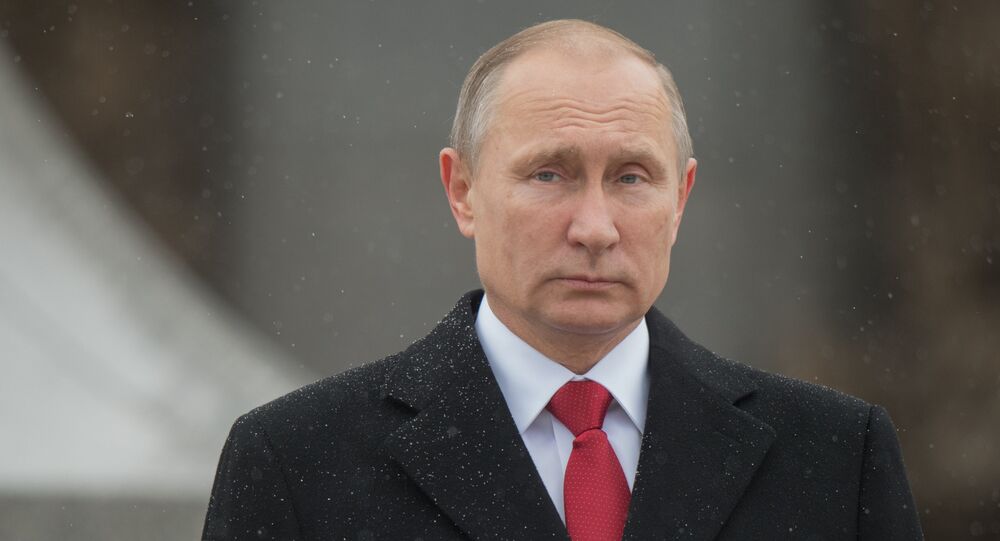 “In our group there are four leaders – President Putin, leaders of Canada, Taiwan and Papua New Guinea as well as 10-12 businessmen. That will be a free discussion in the form of responses to questions. [Participants of the council] are going to discuss measures aimed at support for long-term investments, boosting financial sustainability, development of trade in services,” Ushakov said.

According to Ushakov, CEO of the RUSAL company Oleg Deripaska, CEO of the Russian Direct Investment Fund (RDIF) Kirill Dmitriev and head of Russia's VTB Bank Andrei Kostin were also going to take part in the session.

© AFP 2021 / LUKA CONZALEZ
Putin Arrives in Lima to Participate in APEC Summit
On November 19-20, the Peruvian capital of Lima is hosting APEC's economic leaders' summit. The leaders of the APEC member states are expected to work out a strategic vision and guidelines for economic cooperation in the Asia-Pacific region for 2017, which will be laid down in the Lima declaration.

On the sidelines of the event, the Russian leader has already met with Vietnamese President Tran Dai Quang, and held a separate meeting with his Philippine counterpart Rodrigo Duterte.

Putin is expected to hold a number of further bilateral meetings, including with Chinese President Xi Jinping, Japanese Prime Minister Shinzo Abe and possibly with outgoing US President Barack Obama.