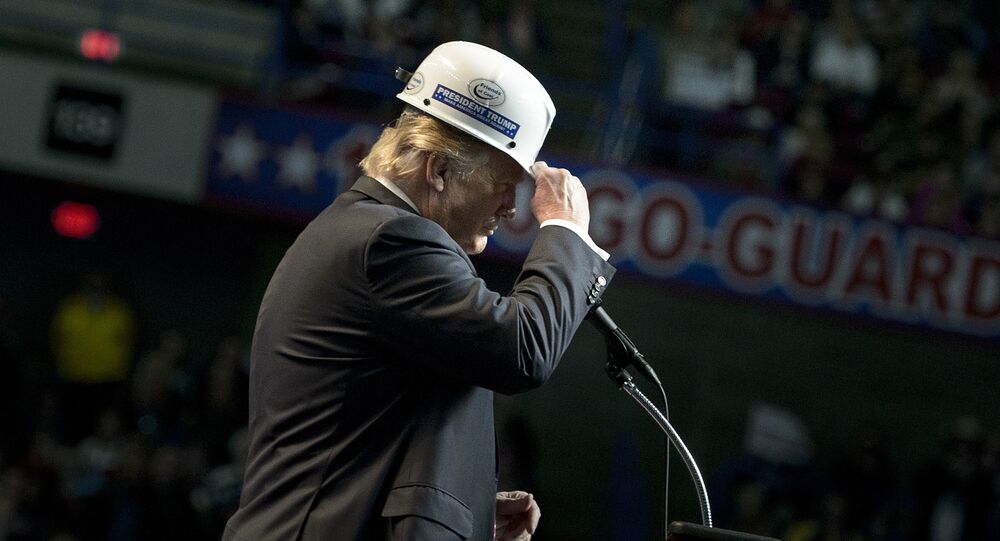 The Administration of Donald Trump, who has been elected the new US president, will eventually resume discussing free trade agreements with Europe despite criticism, Tobias Zech, a member of the German parliament’s Committee for Economic Cooperation and Development, told Sputnik on Wednesday.

MOSCOW (Sputnik) — Trump, known for his criticism of the US-EU Transatlantic Trade and Investment Partnership (TTIP) free trade deal with Brussels, won the US presidency despite most of the analysts and opinion polls predicting his defeat to Democratic Party nominee Hillary Clinton.

"Trump was very critical of trade agreements in his campaign – as was his opponent in the end of her campaign. But campaigning is not reigning. It will take some time until the new administration can continue negotiating the treaties with Europe and other partners, but I am sure we will pick up the ties and continue," Zech said.

He also expressed hope that forces supporting free trade deals would prevail in Washington, as such agreements would profit both the United States and Europe.

© REUTERS / Eric Vidal
TTIP Deal 'Dead' After Trump's Victory in US Presidential Elections - Lawmaker
The last round of TTIP talks, which started in 2013, was held in mid-July. The sides focused on market access, regulatory cooperation, and trade rules. The European Union continued to disagree with the United States on several issues regarding tariffs, services and procurement. US negotiators said that the sides had agreed to eliminate duties on 97 percent of approximately 8,000 tariff lines currently in place.

The TTIP deal has drawn much criticism for the lack of transparency in the negotiations and for the tremendous power it would potentially give to international corporations.