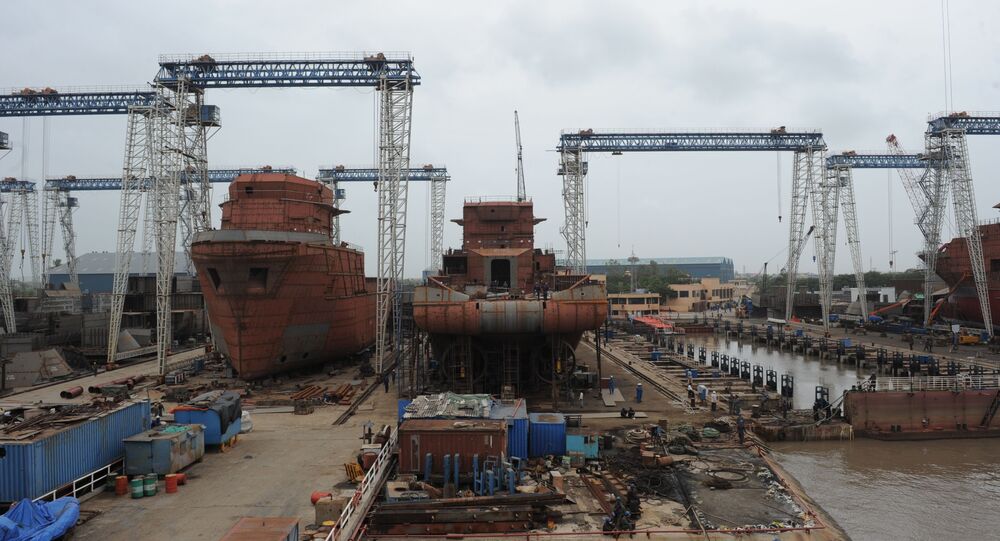 Global slowdown has severally impacted the shipbuilding industry across the world.

New Delhi (Sputnik) — In a bid to rescue itself from debt trap, India’s major naval shipbuilder is seeking funds from a Russian firm.

Mumbai based naval shipbuilder ABG shipyard has confirmed that it engaged with a Russian firm to sell a stake to improve the company’s financial strength. However, ABG shipyard did not disclose the name of the Russian firm as talks are underway.

“Company is exploring the possibility of strategic investors so as to improve the Company’s financial and operational strength. For this purpose, company has appointed Rothschild investment banker,” reads a statement submitted to Bombay Stock Exchange by ABG shipyard.

© AP Photo / Biswaranjan Rout
Indian Navy to Induct Seven Multirole Next Generation Corvettes From 2023
It is considered that the company received all required internal approval for this deal. Last year in June, ABG Shipyard stated that Lebanon-based Prinvest Holding SAL had taken interest in buying a stake in the shipyard.