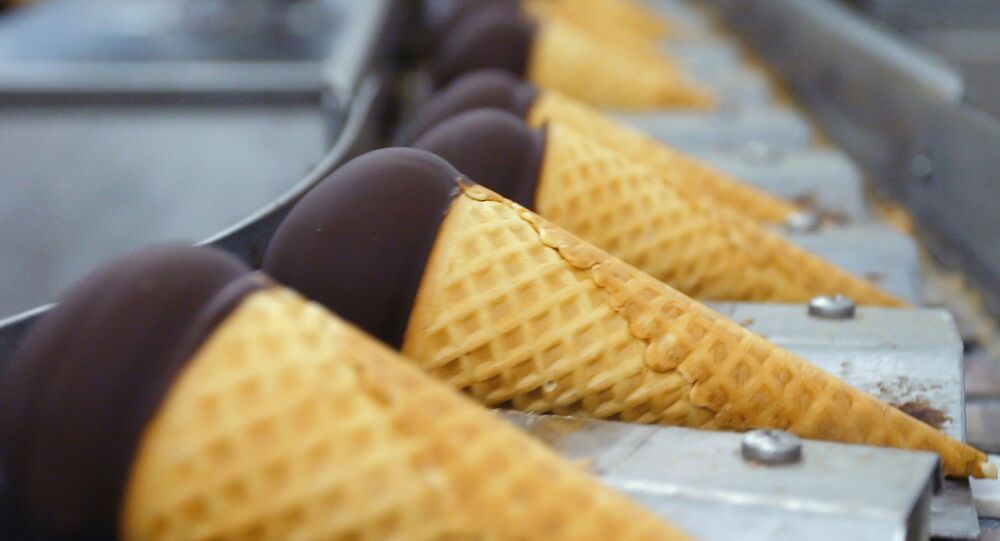 Food exports amount to approximately 30 percent of all Russian exports to China, with dairy products and milk particularly popular due to more Chinese adopting a healthier lifestyle that involves among other things clean eating, Russian analyst Sofia Pale wrote for New Eastern Outlook.

Russian milk, as opposed to soy milk, "is considered in China to be one of the healthiest products," the research fellow at the Center for Southeast Asia, Australia and Oceania of the Institute of Oriental Studies of the Russian Academy of Sciences explained, adding that those practicing healthy eating are not discouraged by high prices.

Imported milk is increasingly popular in China, with people skeptical of local producers who were tainted by a major scandal in 2008 when more than 20 companies added melamine to their milk products, leading to the deaths of six children and approximately 300,000 falling ill.

Ice cream could also be on the way to become a bestseller in China after Russian President Vladimir Putin brought a box of Russian ice cream as a present to Chinese President Xi Jinping earlier this year.  The dessert has already been on the rise in China, but this episode has truly caused a craze.

© Sputnik / Evgeniya Novozhenina
Secret Behind the Success of Russian Ice Cream in China
According to a recent report in the China Daily, more than 271 tons of Russian ice cream worth $863,000 were imported to China in the first eight months of 2016.

Pale also noted that other popular food exports from Russia to China include meat and fish, as well as chocolate, sunflower oil, beer and honey.

"High demand for these products" could best be explained by the fact that goods produced in Russia contain significantly more "natural ingredients than similar products made in China," the analyst said.