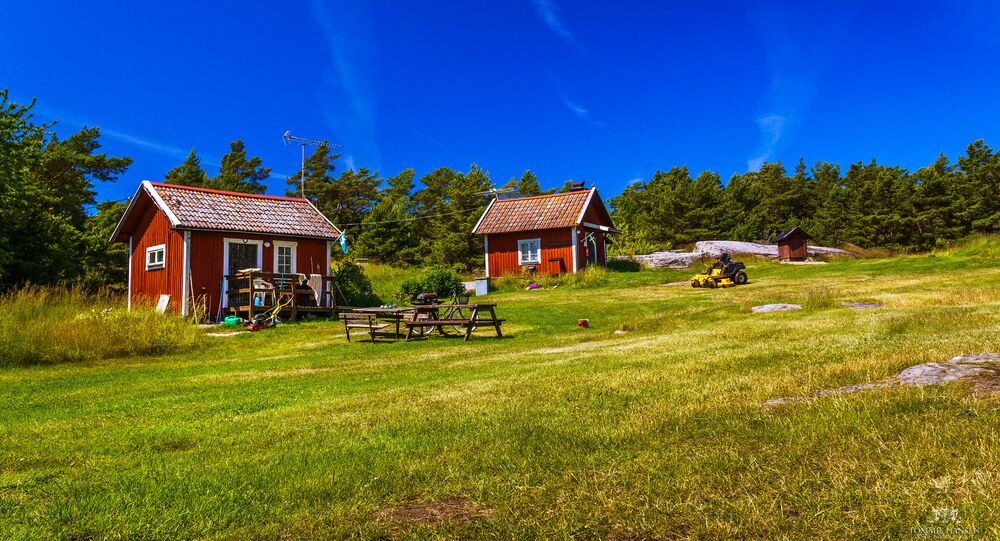 Sweden, its liberal laws and booming welfare society, has become an asylum-seekers' Mecca. However, Sweden could turn the economic burden into a boon by establishing a Hong Kong-type "free zone," where refugees would be completely self-sufficient, Paul Romer, incoming chief economist at the World Bank suggested.

© Photo : Pixabay
No Man's Land: Depopulation of Rural Sweden Beyond Repair
According to Paul Romer, a Nobel Prize contender who has been tapped for the role of Chief Economist at the World Bank, Sweden should take advantage of its large land area and create a Hong Kong-style free zone, where migrants could work instead of collecting benefits and become completely self-sufficient without any contribution from the country's working population and taxpayers.

Paul Romer, who will start working for the World Bank next month, has become famous for his controversial idea of establishing financial havens in order to target overpopulation and migration currents. One lucky example is Hong Kong, a former British crown colony that received millions of refugees from China and utilized their competence and skills to create a high level of prosperity.

"The refugee issue is indeed a huge problem, but there are possible solutions. Sweden, a sparsely populated country, would be able to rent out a land area of Hong Kong's size. There it could receive millions of people who will be able to support themselves at no cost at all," Paul Romer told Swedish daily Dagens Nyheter during his recent visit to the Nordic country.

​"It is important then that this free zone shall be counted as an independent unit, with its own laws and rules, and not as part of Sweden. Those who live there will not become Swedish citizens, but rather live completely separately from the rest of Swedish society," Paul Romer suggested.

According to Romer, this would mean lower wages and longer working hours. Sweden should, on the other hand, maintain strict border controls, making it impossible for the free zone inhabitants to flee to "mainland" Sweden. Therefore, they would simply have to fend for themselves financially.
Romer previously sparked a heated debate by suggesting converting Guantanamo from a US military base and detention center into a free zone.

© Flickr / Maria Eklind
Uneducated Foreign Residents a 'Ticking Bomb' for Sweden's Labor Market
Guantanamo has been utilized as a US naval base since 1898, when it was captured from Spain. According to Romer, future inhabitants of the Guantanamo free zone will not be counted as American citizens, but rather continue on their own. So far, his suggestions have failed to reach the ears of decision-makers.

During his tenure as World Bank chief economist, Romer plans by his own admission to focus on the refugee issue, given that tens of millions of people are in need a new home; he will also address global warming and health issues. Romer remains optimistic, as he sees no obstacles for continued economic growth based on technological development and increased knowledge.

Born in 1955 in Denver, Colorado, where his father later became state governor, Paul Michael Romer is an American economist, entrepreneur, and activist. He is currently a professor of economics at the Stern School of Business at New York University. Prior to that, Romer was a professor of economics at Stanford University's Graduate School of Business. The University of Chicago-educated economist is a pioneer of endogenous growth theory, in which economic growth rests on investment in human capital, innovation and knowledge.