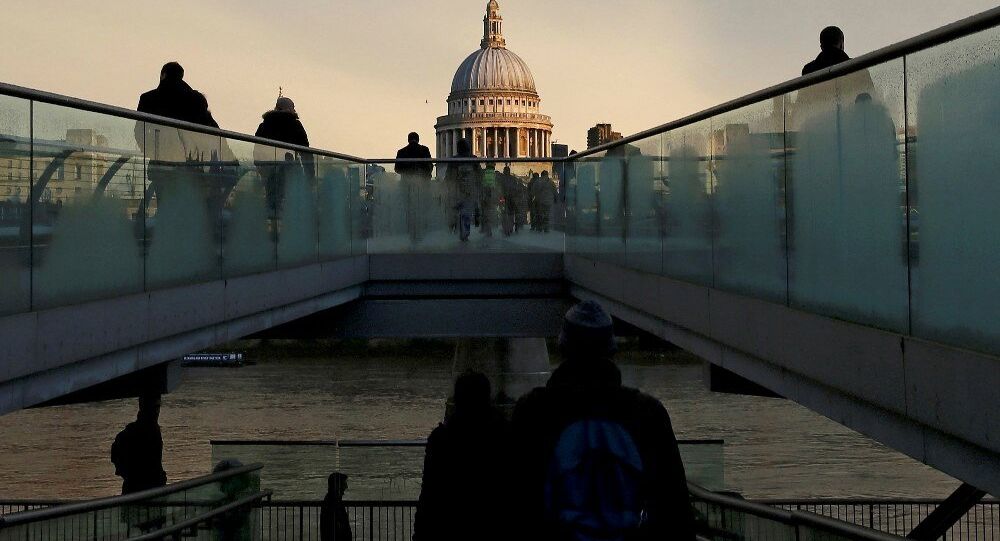 More than US$60 billion has been paid out in bonuses to financial and insurance salespeople in the UK, who took home around US$16,000 each in the last financial year. The average worker, however, had to do with a comparatively smaller amount of US$2,000.

People employed in the nursing sector for example had the lowest average bonus, almost close to zero.

Eight years after the collapse of Lehman Brothers, which sparked a global financial crisis, the spread of Britain's bonus culture has seen pay top-ups leap to a new record level.

Total bonus payouts in the 2015 financial year rose 4.4 percent to US$60.3 billion, according to Office for National Statistics (ONS) figures — with the biggest cash payments still going to the financial services sector.

Sputnik learnt from an anonymous source who used to work in the sales industry that bonus each year could reach as high as USD$20,000 a year.

A former salesperson in London told Sputnik that bonuses each year could reach as high as US$20,000 and these numbers are not unusual for insurance and financial sectors.

"I worked in the medical field, selling products to the NHS and private hospitals. On average each year I would take home at least US$15,000. Plus, if you were one of the top salespeople, you would also be given US$7,000 in shares," ex sales specialist told Sputnik.

"Everyone knows if you want to earn money quickly, then become a salesperson in the financial, medical or insurance sector. You earn a lot of money, but you have to work for it — it doesn't come easy."

The former salesperson left told Sputnik that their time in the industry was memorable and that despite the economic crash of a few years ago, the 'good ol' days' are still here.

"When the UK fell into a recession in 2008, things were hard, people were just not buying and money was tight. Bonuses went down, banks fell. But now that the economy has recovered and people in sales are experiencing the glory days again. They work hard so they expect to have the rewards for that."

"It's a sad situation however that some of the people in the health sector such as nurses are not earning the bonuses they deserve. But I guess that's the difference between working for the government and the private sector. Is it right? No. But that seems to be the way it is."

These comments were echoed by Frances O'Grady, the general secretary for the Trades Union Congress (TUC), who said that UK workers have suffered the biggest fall in wages of any developed country apart from Greece.

"[We] are still paying the price for the financial crash. For millions of hard-pressed families, these figures will just add fresh salt to the wounds. Theresa May says she wants a Britain that works for the many, not just the privileged few. What better way to show she means business than by clamping down on mega bonuses and excessive pay at the top," O'Grady said in a recent interview.