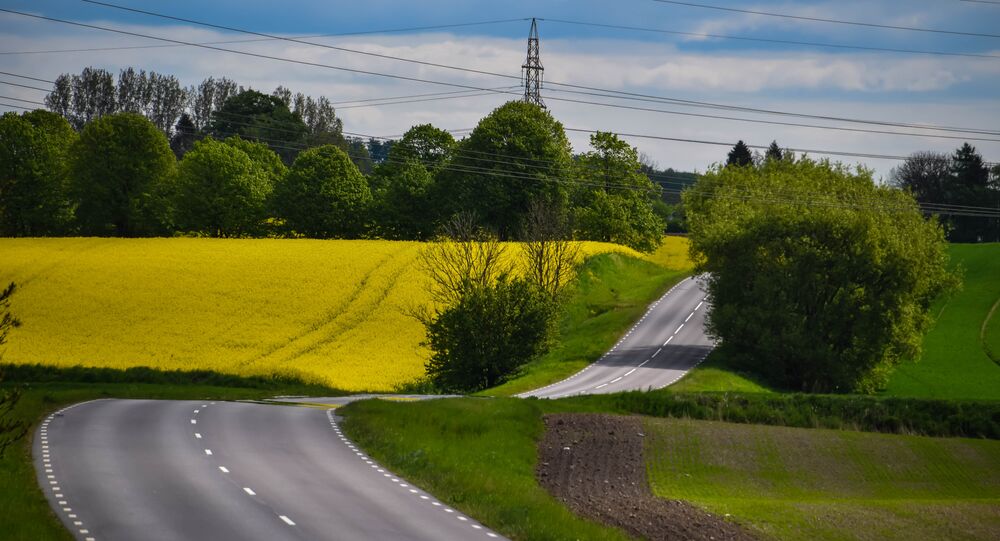 Sweden, which was among the hardest countries hit by last year's migrant crisis, has been left struggling to accommodate its numerous newcomers. In addition to stretching the country's welfare system to the limit, foreigners residing in Sweden have been described as a "ticking bomb" for the country's labor market.

© AFP 2021 / JONATHAN NACKSTRAND
Double Tides: Sweden Seeking Workforce Abroad Despite 'Labor Influx'
Sweden's new arrivals, who possess little or no education, are a ticking time bomb for the country's labor market that can explode any time before the 2018 elections, economist Johan Javéus of the Swedish financial group SEB warned.

The record gap between the extremes of the Swedish labor market is expected to continue to increase. The difference in unemployment between highly educated native-born Swedes and their foreign-born counterparts, who typically only have lower secondary education, rose by more than 30 percent last year alone. The gap is expected to increase further, as Sweden took in a record of 163,000 asylum-seekers in 2015, of which only some 500 managed to find work, according to a report earlier this year.

"With all the new arrivals last year absent from the statistics, and we know that many of them had little or no education, the gap will continue to widen in 2017 and 2018," Javéus said, as quoted by Swedish newspaper Helsingborgs Dagblad.

According to Johan Bissman, section chief at the Employment Service's analysis department, the division is further exacerbated by a combination of the ongoing economic boom and increased immigration. In Sweden, a nation of almost 10 million, the number of people who are officially unemployed has risen to 255,000. The group includes foreign-born residents, who typically have only lower secondary education, as well as people with disabilities, who have a more difficult time finding work.

© AFP 2021 / JONATHAN NACKSTRAND
Swedish Bureaucrats Troubled by Harassment
The gaps in the Swedish labor market have grown dramatically over the past ten years. The level of education has become increasingly important, as well the people's country of birth, Statistics Sweden noted. According to the latest monthly figures from the Employment Service, unemployment among native-born Swedes fell to 4.2 percent in August, against 4.8 percent last year. However, the unemployment rate among foreign-born residents increased from 21.4 to 21.6 percent.

On the other hand, Javéus's expression ‘ticking bomb' did not impress labor minister Ylva Johansson, who admitted the seriousness of the situation, yet described it as "manageable."

© AFP 2021 / JONATHAN NACKSTRAND
Hear No Evil: Swedish Interpreter Suspended for Accusing Arab Refugees of Lying
Recently, Johanssen initiated a review of the Employment Service's program, designed to ensure that the new arrivals will either start working or receive needed training within a two years' time. To achieve this goal, Johansson considers lowering the threshold into the labor market, which implies more jobs without qualification requirements.

Before the migrant crisis reached its peak, Swedish media were eager to portray the influx of asylum-seekers as a "rain of competence," implying that a huge number of highly educated professionals are on their way to Sweden. Upon closer inspection, the exhilarated rhetoric was tuned down somewhat.

"Good evening! People fleeing to Sweden have never been as well trained as now, according to a survey SVT made. Those who come are often fully trained engineers, doctors and kebab technicians," Swedish broadcaster SVT's own anchor Fredrik Ahl quipped sarcastically, unaware that his words went on air.