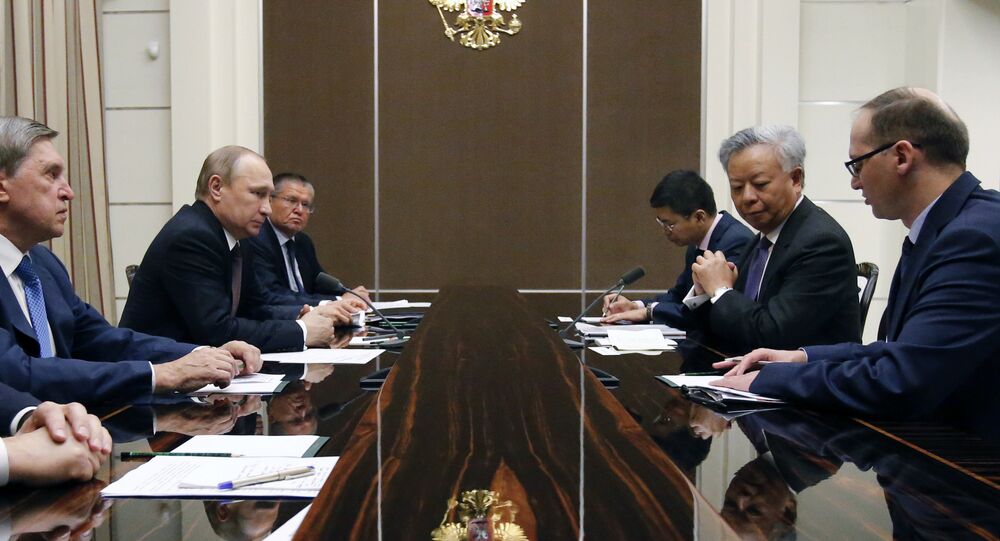 © Sputnik / Alexei Druzhinin
AIIB Claims Global Banks Keen to Invest in Russia-ASEAN Projects
MOSCOW (Sputnik) — It was earlier announced that Russia presented 16 investment projects for the Far East to the AIIB, with an estimated combined value of $8 billion, including developing infrastructure along the Northern Sea Route.

“We have met with the president of the AIIB, it is a very promising institution which could play a very important role. We need to get down to active cooperation with the AIIB. Together we have planned a roadmap of RDIF and AIIB future cooperation. The projects will be announced later because the AIIB is still forming its team. Perhaps, we will announce the projects at the Eastern Economic Forum,” Dmitriev told RIA Novosti.

The AIIB is an international financial institution created to invest in infrastructure projects in the Asia-Pacific region. In October 2014, the Articles of Agreement establishing the bank were signed by 21 states. At the moment there are 57 founding members of the bank, including China, Russia, India, Saudi Arabia, Iran, Germany, France and the United Kingdom.