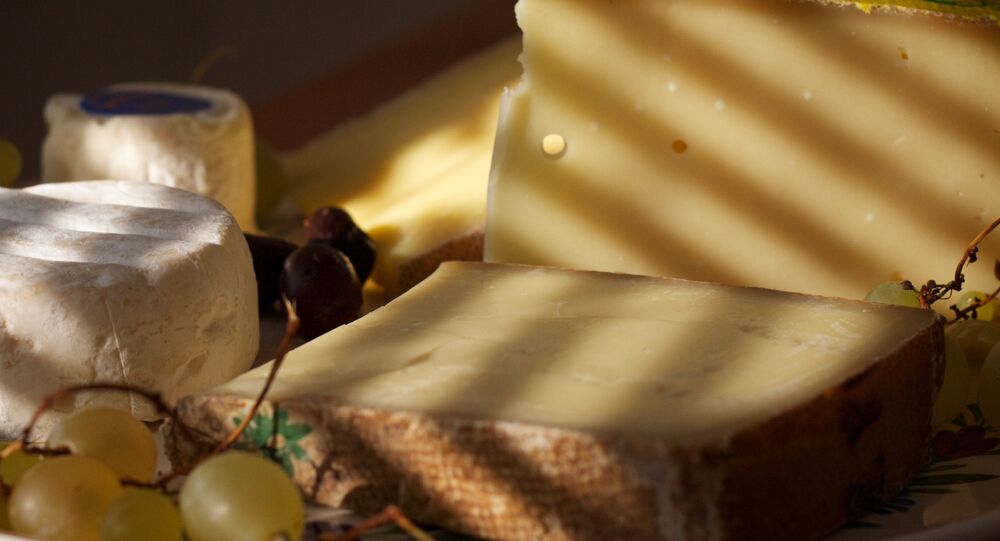 Russian authorities have granted permission to Germany’s DMK Deutsches Milchkontor to work in Russia. According to media reports, the company wanted to start production in Russia even before the food ban was introduced.

DMK has been granted permission to buy several dairy companies in the Voronezh Region, including the Bobrovsky cheese-making factory, as well as some dairy retail companies in Moscow and the Moscow Region.

The Russian companies and DMK have long been in talks, a source close to the deal told the Russian newspaper Vedomosti.

Russian dairy company RichArt Group was one of the Russia’s biggest importers of cheese, including from DMK, before sanctions were imposed, other sources said.

© AFP 2021 / PABLO PORCIUNCULA
Russia to Permit Uruguayan Meat Deliveries Soon
The top manager of one of the Russian dairy companies noted that DMK planned to start business in Russia before the food embargo.

In 2014, DMK Deutsches Milchkontor reported profit of €5.3 billion. The company produces dairy products, cheese, and ingredients for baby food.
DMK supplied cheese to Russia after the food embargo was introduced, but soon after reported a slump in demand.

Due to the food ban, many Western companies have been looking for ways to bypass the sanctions, including localization of their production in Russia. Among such companies are Lactalis Group, Arla, and Valio.