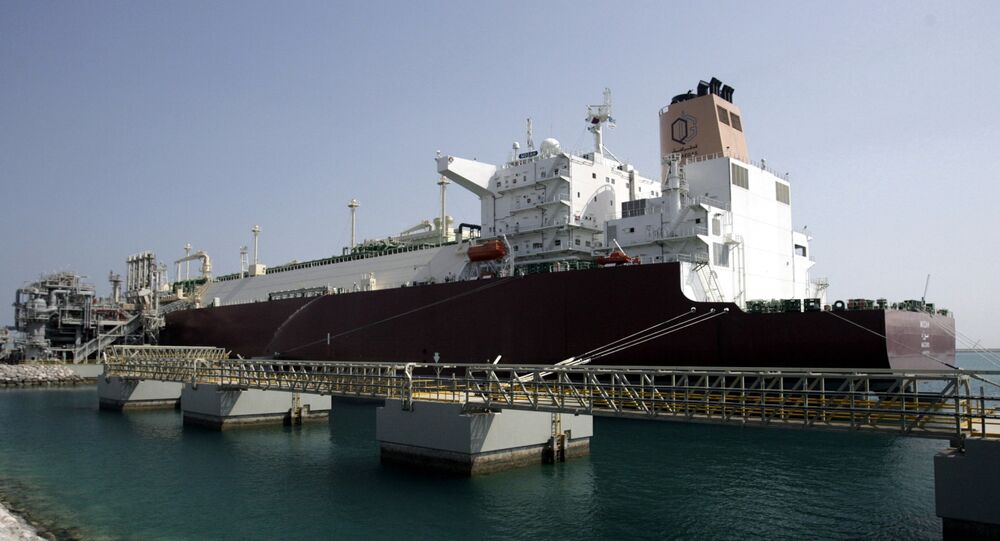 The US government is unlikely to offer subsidies to American companies exporting liquefied natural gas (LNG) to European countries that are dependent on Russian energy sources, experts told Sputnik on Tuesday.

© AP Photo / Koji Sasahara, File
In Saudi Footsteps? US LNG in Europe May Push Russia to Produce Gas at Full Blast
WASHINGTON (Sputnik) — The first European-bound shipment of US LNG is expected to arrive in Spain on Tuesday, according to media reports. The US gas will be sold at a competitive $4.30 per million British thermal units (Btu). Russia’s Gazprom is able to export natural gas to Europe at a cost of around $3.50.

Bordoff added that he is not aware of any discussion about subsidizing US gas to offset the low Russian prices, "other than just letting the market work."

Rapidan Group Director of Global Gas Leslie Palti-Guzman told Sputnik she does not expect the US government to "step in" to subsidize LNG export costs, though European utilities companies may choose to pay the higher price to shift dependence on Russian sources.

"On the European side… the utilities companies may decide to pay a kind of premium to diversify their supply mix, but that is their own decision," Palti-Guzman explained.

© Sputnik / Sergey Krasnouhov
US LNG Becoming 'Less Attractive' to Overseas Consumers
Since the US government began giving export licenses to a small number of American LNG companies, lawmakers have noted the opportunity for the United States to play a role in the European energy mix, traditionally dominated by Russia.

US and Russian relations have grown increasingly adversarial since 2014, when Washington and Brussels imposed economic sanctions on Russia for meddling in the internal affairs of Ukraine, allegations Moscow has refuted.

Many energy experts do not anticipate US LNG will be competitive with Russian pipeline resources. As a result, US producers are likely to enter markets that support higher prices.