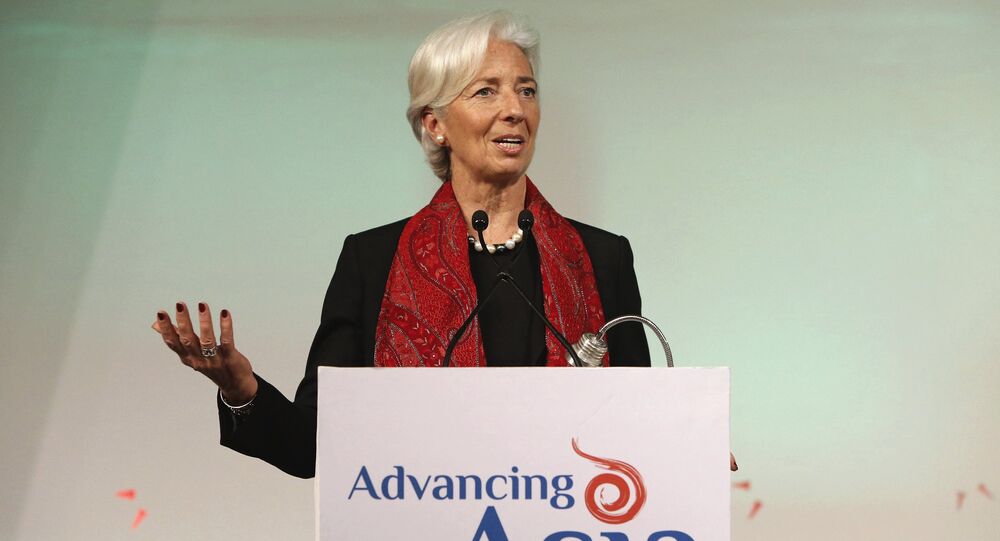 "We welcome the joining of the BRICS bank, the AIIB with its multistakeholder membership, because there is so much needed…There is a lot that is needed and to have one, two, three, four players on the international scene, addressing the needs of the region, addressing the needs in many corners of the world, where there has not been enough attention, enough investment directed — is great, if they can work together — the better," Lagarde told reporters at the Advancing Asia conference in India.

Host photo agency
BRICS Bank Hopes to Receive Highest Rating From Int'l Agencies
The NDB is a development institution that was created in July 2014 by the BRICS member states – Brazil, Russia, India, China and South Africa – to mobilize resources for infrastructure and sustainable development projects. The bank officially started its operations in the Chinese city of Shanghai on July 21, 2015.

The AIIB is a China-proposed international financial institution created to invest in infrastructure projects in the Asia-Pacific region. In October 2014, the representatives from 22 states signed the Memorandum of Understanding to establish the bank. At the moment there are 57 prospective founding members in the institution, including China, Russia, India, Saudi Arabia, Iran, Germany, France and the United Kingdom.