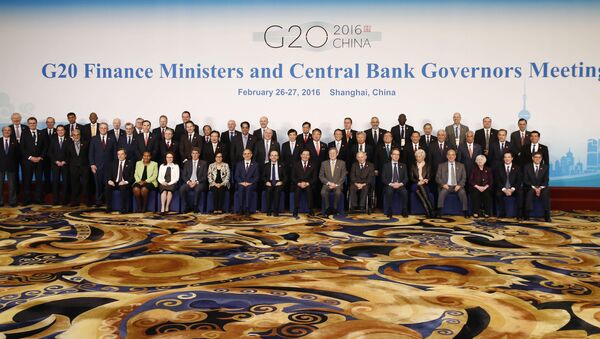 BRICS Bank Hopes to Receive Highest Rating From Int'l Agencies
SHANGHAI (Sputnik) – Kundapur Vaman Kamath and Shanghai Mayor Yang Xiong signed a memorandum of understanding with the municipality on the terms of the NDB’s accommodation.

"We hope that with the support of the government of China and other BRICS countries, as well as the Shanghai government, the New Development Bank will soon become a new model of a multilateral development institution operating openly and with high efficiency," Wang said at a press conference.

The signing ceremony took place on the sidelines of a meeting between Group of 20 (G20) finance ministers and central bank heads that opened in Shanghai on Friday.

The NDB was created in July 2014 by the BRICS member states – Brazil, Russia, India, China and South Africa – to mobilize resources for infrastructure and sustainable development projects.