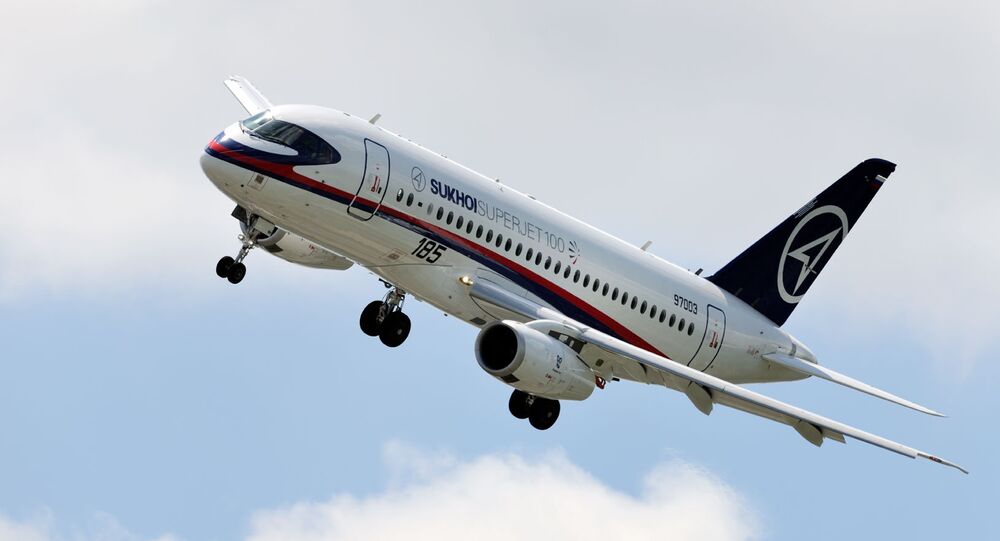 "I think that we are going to substantiate the agreement. It is all about financing now," Masalov told reporters at the Singapore Airshow 2016.

© Sputnik / Mikhail Voskresenskiy
Delivery of Russian SSJ-100 Planes to Iran Needs US Suppliers' Approval
The Superjet 100 is a twin-engine regional passenger airliner that made its maiden flight in 2008 and was first commercialized in 2011. According to CJSC, a total of 64 SSJ100s are currently in operation, most of them in Russia.

UAC and its member companies are participating in the Singapore Airshow 2016, Asia's largest aerospace and defense expo that will run through Sunday.