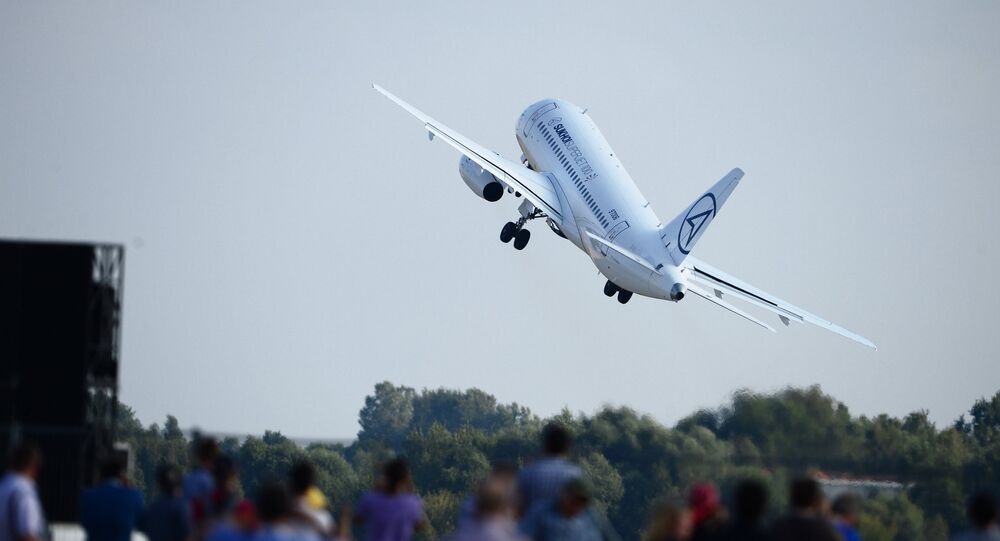 Russia hopes deliver Sukhoi Superjet 100 passenger aircraft to Iran after the approval of US components' manufacturers.

SINGAPORE (Sputnik) – The delivery of Russia’s Sukhoi Superjet 100 (SSJ100) planes to Iran can be carried out only after the approval of the US components’ manufacturers, the United Aircraft Corporation (UAC) vice-president of civil aviation said Tuesday.

"There are no formal restrictions in respect to the possibility of [SSJ100] delivery with the removal of sanctions, however, as a number of components are in a US-manufactured aircraft, in any case, a permit of the companies for the supply is needed. But it is a formal procedure," Vladislav Masalov told reporters at the Singapore Airshow exhibition.

© AFP 2021 / PASCAL PAVANI
Iran Poised to Buy 40 Regional ATR-72 Passenger Planes
The potential market for the supply of passenger aircraft to Iran, according to various estimates, amounts to 100 planes, he noted. "We have created a working group… because it refers not only to the supply, but also the desire to localize production of components there," Masalov added.

On November 8, 2015, President of Russian Aircraft manufacturer Sukhoi Civil Aircraft Company (SCAC) Ilya Tarasenko said the company could deliver about 100 SSJ100 planes to Iran after sanctions imposed on the country were fully lifted.

Iran could be also involved in the process of SSJ100 production on its territory after examination of the country’s industrial capacities and necessary certification, Tarasenko added.