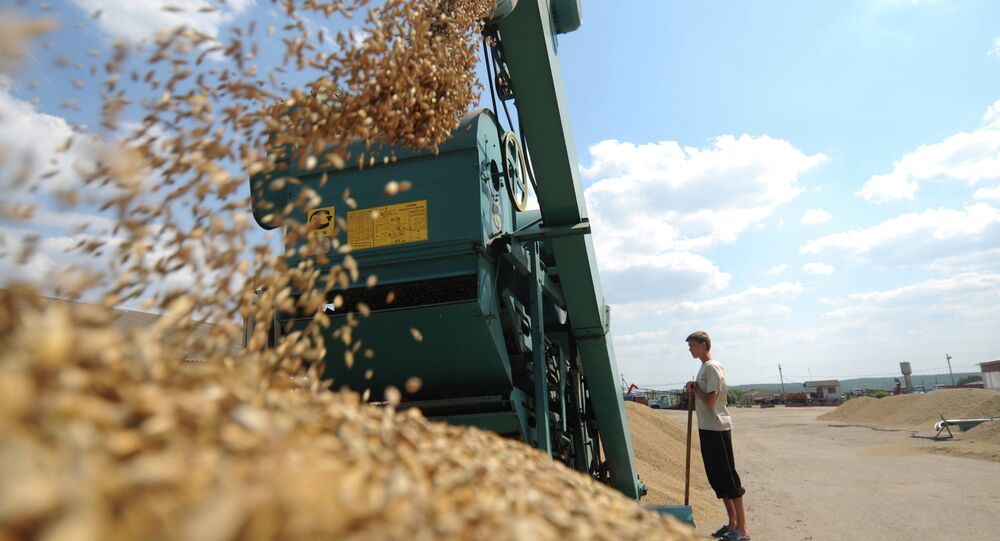 Due to several factors, including the rise in the US dollar, American agricultural products are becoming too expensive and uncompetitive. Meanwhile, Russian farmers are seizing leading positions in the market.

© Sputnik / Alexey Malgavko
Moscow's Counter-Sanctions May Turn Russia Into 'Agricultural Superpower'
The international agricultural market saw significant changes this year amid such factors as a stronger dollar, the collapse of oil prices and better crops. As a result, leading exporters have given way to new players, according to the Wall Street Journal.

The world's biggest agricultural exporters, Canada and the US, have recently been lagging behind Russia in overall production of wheat. This year, Russia is set to export 23.5 million tons of grain. Canada can export 20 million tons, and the US — 21.8 million tons. Former leaders in the agricultural market are expected to see their lowest rates of export in 44 years.

Consumers from other countries are currently not very enthusiastic about buying American grain due to stronger dollar, especially now that fierce competition on the international food market has considerably lowered the cost of products in general.

"The dollar's strength is be­­coming a much bigger issue for farmers than we've seen for a while," said Chad Hart, a grain market analyst at Iowa State University (ISU) Extension. "It's really having an impact this year."

Meanwhile, Russia has managed to balance prices and grab a larger share of established markets, such as Egypt, the newspaper noted. And that includes markets traditionally dominated by the US, so American farmers will need to get ready for diminished demand and a downslide in prices.