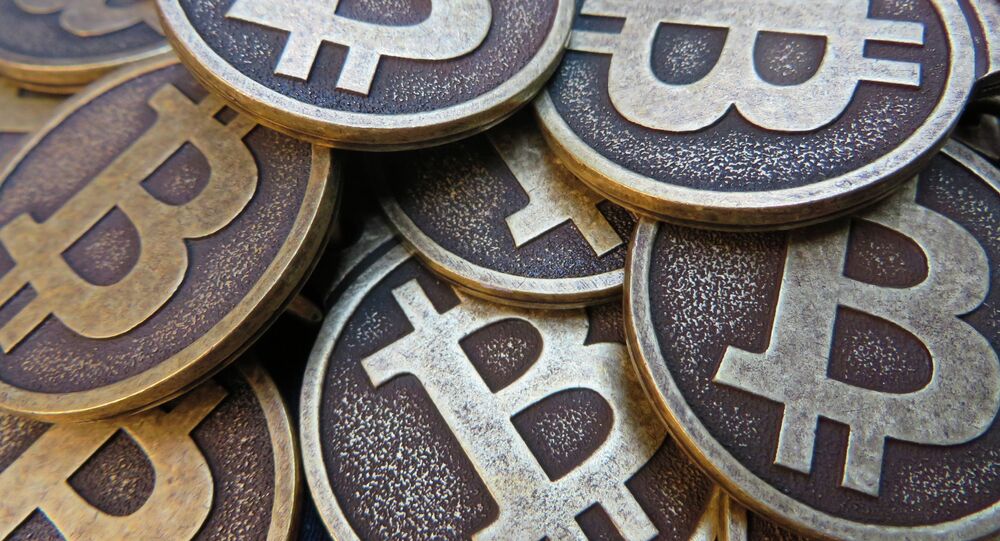 Extensive use of bitcoins and other virtual currencies could pose a threat to the state's financial stability unless restricted, Russia's Investigative Committee Chairman Alexander Bastrykin said Thursday.

MOSCOW (Sputnik) — Bitcoin, a popular virtual web-based currency, has appreciated against the Russian ruble, rising in value from approximately 30,000 rubles ($392) to almost 33,000 rubles by mid-January, according to CoinDesk. Its value remains volatile against most currencies.

"According to analysts, the circulation volume of monetary surrogates in Russia has already reached one percent of GDP. If this figure grows by 10 percent or more, this tool could become a real danger to the financial stability of the state. Unchecked expansion of the money supply via surrogate growth will lead to the devaluation and a gradual elimination of the ruble from the currency market. As a result, the state could lose its monopoly on money emission, as well as the income it generates," Bastrykin told the Russian Rossiyskaya Gazeta newspaper in an interview.

© Flickr / BTC Keychain
2016 to Become the Year of Bitcoin, Traders Predict
With money surrogates increasingly popular and more competitive than conventional currencies, the market must be restricted in its initial stage, Bastrykin added.

Russian law bans the issue of any currency not approved by the Central Bank of Russia.