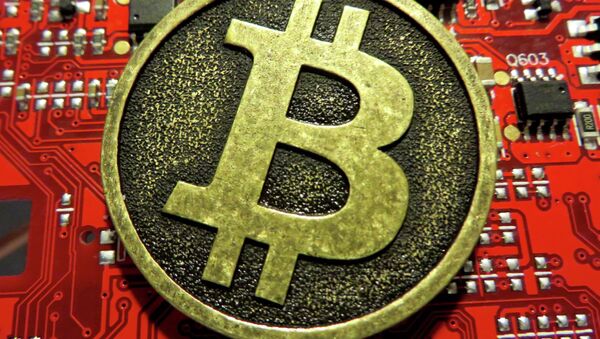 2015 was a successful year for bitcoin, with a record amount of investment and an increasing acceptance by leading financial institutions. 2016 is predicted to be an even more fruitful year for the cryptocurrency.

Russia
US Federal Reserve Hike May Influence Russian Budget - Finance Minister
Bitcoin is an innovative payment network perceived by some as the digital money of the future. Many, however, do not trust the platform, saying it is an unstable currency investment. Bitcoin was first introduced in 2008, by an unidentified person, or group of people, under the name "Satoshi Nakamoto." Its unique ‘blockchain' technology is aimed at avoiding central authority and allowing users to transfer the currency quickly and anonymously.

Bitcoin doesn't require central bank control and instead relies on so-called ‘mining' computers that validate blocks of transactions by competing to solve mathematical puzzles every 10 minutes. In return, the first computer to solve the puzzle and thereby clear the transactions is rewarded with 25 new bitcoins, currently worth around $11,000 BTC=BTSP.

Paris Deal Updated, Finance, Differentiation, Ambition Remain at Issue
Experts named a number of factors behind positive forecasts for Bitcoin in 2016. Among the indicators: Bitcoin payments are being increasingly accepted by large companies and financial authorities, the underlying "blockchain" technology has gained respect from leading technological and financial firms, and the trend is expected to further accelerate.

Probably the most significant factor is that the much-anticipated bitcoin reward halving is due to take place in July 2016. The bitcoin program was designed so that the reward would be halved roughly every four years, in order to avoid inflation. The halving of Bitcoin production is expected to boost the price of bitcoin by around 50 percent from its current value.

The co-founder of Jersey-based Global Advisors' multi-million dollar bitcoin hedge fund, Daniel Masters, reckons the price of bitcoin could test its 2013 highs of above $1,100 in 2016 and then promptly rise to $4,400 by the end of 2017.

"Today the worth of bitcoin is $1 per capita in the world (population)," said Bobby Lee, chief executive of a leading Chinese bitcoin exchange, BTCC, referring to the value of all the bitcoins in circulation, or around $6.5 billion. "For such an innovative, decentralized digital asset, I say 'boy, are we undervaluing it'. But it takes a while for people to realize that."