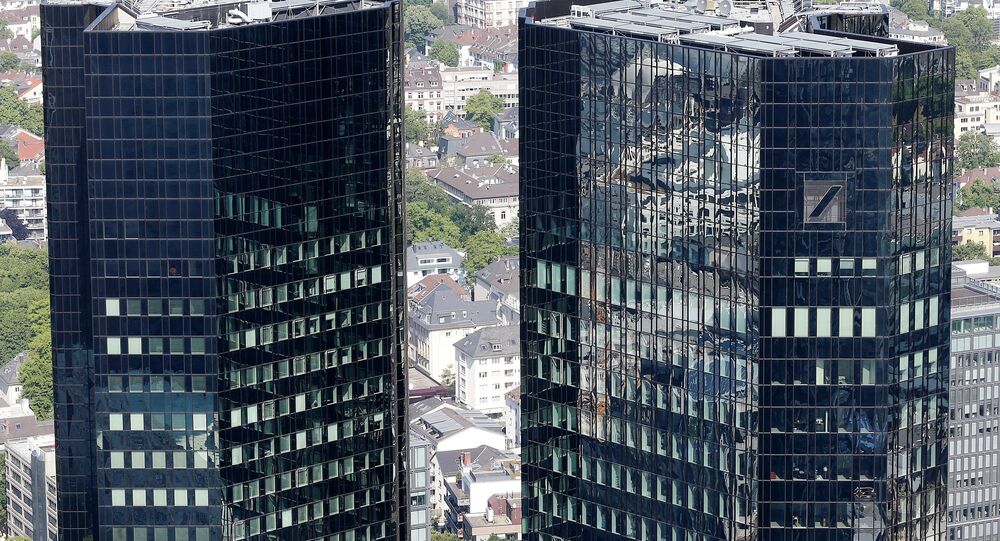 The US government has fined Germany’s Deutsche Bank for violating sanctions in business dealings with Syria and Iran.

WASHINGTON (Sputnik) — The US government and the New York State Department of Financial Services (NYSDFS) have fined Germany’s Deutsche Bank for violating sanctions in business dealings with Syria and Iran, the Federal Reserve Board announced in a statement on Wednesday.

"The total penalty issued by both agencies is $258 million," the Federal Reserve said in the statement.

The Federal Reserve’s order, the statement noted, was issued in conjunction with an action by the New York State Department of Financial Services for violations of various New York state laws.

Deutsche Bank agreed to fire six officials involved in the Syrian and Iranian transactions as stipulated by the US government.

"The Federal Reserve order also prohibits Deutsche Bank from re-employing the individuals involved in the past actions or retaining them as consultants or contractors," the statement pointed out.

BNP Paribas had to pay an $8.9 billion fine and Credit Agricole had to pay a $787 million fine for serving clients in Myanmar and Sudan as well as in Iran and Syria.