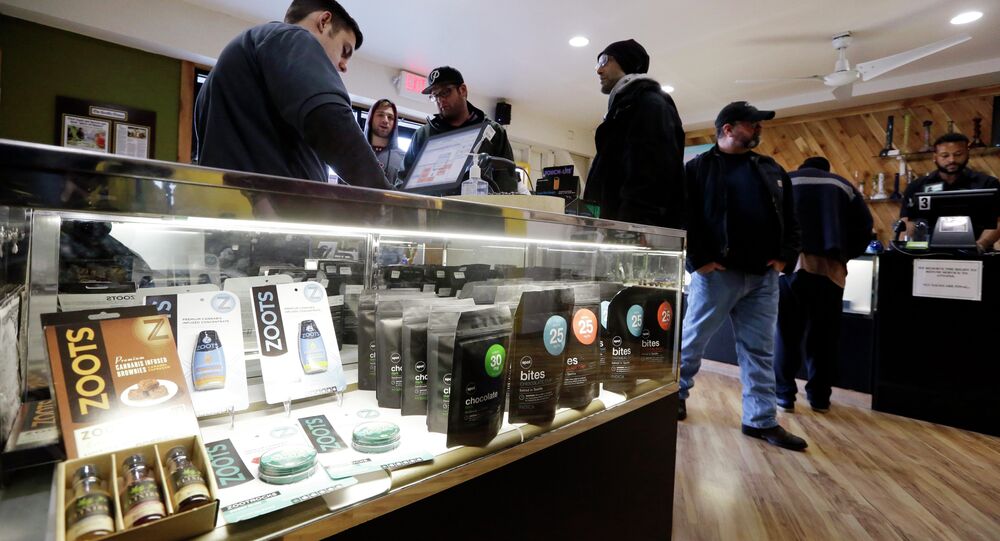 The government of the State of Washington is expecting a tax windfall as marijuana sales are booming, however, as weed become legal elsewhere, tough market competition might narrow local pot businesses’ lucrativity.

Kristian Rouz – The US state of Washington is anticipating to extract significant fiscal benefits from legal marijuana sales as the market has been booming since legalizing the licensed use of medical and recreational weed.

© Flickr / thisisbossi
The Use of Marijuana in the US Has Doubled in Last Decade
However, Olympia’s bright fiscal outlook might be undermined, as the marijuana industry in the neighboring state of Oregon is starting to distract customers from the Evergreen State.

The ‘weed craze’ in Portland has offered more often than not more attractive prices since the legalization bill was adopted in July, thus impairing the commercial performance of pot shops in the Seattle-Vancouver border region.

While marijuana prices are poised to go down, either the expansion in business operations or the drug abstinence debate would help fulfill Olympia’s plan to gather some $1 bln in weed tax over the course of the next four years.

According to State of Washington Office of Financial Management’s (OFM) fiscal projections, Olympia is about to collect some $1 bln in tax returns from legal marijuana sales over the next four years. The report is based on actual figures: during this past year since licensed weed use was decriminalized, the Evergreen State collected $67.5 mln in taxes from the nascent and booming industry.

The OFM expects a rapid expansion in commercial performance of pot shops, thus contributing to the state government’s fiscal performance.

Youtube/Trees Delivery (Screenshot)
Marijuana Startup Wants Delivery by Drone
By late 2016, Olympia plans to have gathered some $150 mln in pot taxation, with the following year expected pot tax returns are forecasted to nearly double to $275 mln. In 2018, the weed market is anticipated to pay some $335 mln in taxes, and $375 mln in 2019.

The forecast looks even more encouraging as during the period of June to September this year, the State of Washington collected around $37.5 mln in weed tax revenues.

However, there are significant implications to the Evergreen State’s bright pot-based fiscal planning. A year ago, marijuana use was legal in four states and Washington DC. Today, marijuana use is legal in this or another form in 23 states, including Oregon and California, meaning the State of Washington is not any longer the exclusive pot hub on the West Coast.

Many of Washington’s weed shops are located along the Canadian border, attracting customers from Portland to Vancouver, but now that Oregon allows weed sales as well, it is safe to say that many Oregonians might opt to shop for weed at home rather than taking a three-hour trip to the Canadian border.

Washington weed shop owners are already reporting slower sales and a decrease in amount of customers.

"The really big push for our store is to be a one-stop shop," where customers can shop for oils and foods aside from the weed itself, Shon-Lueiss Harris of the New Vansterdam pot shop in Vancouver said. "It's still early but… it's very comparable to what it was before (the weed shops in Oregon opened on Thursday last week)."

A decline in sales in State of Washington would not be dramatic though – Oregon pot shops are not allowed to sell large quantities of weed, and scope of their operation is further limited as they can only sell smokeable marijuana and its seeds. That said, the Washington-based pot shops will have to expand their own operation concentrating on wholesale trade and wide selection of weed-related goods available.

Did Legal Marijuana Drive Man to Kill His Wife?