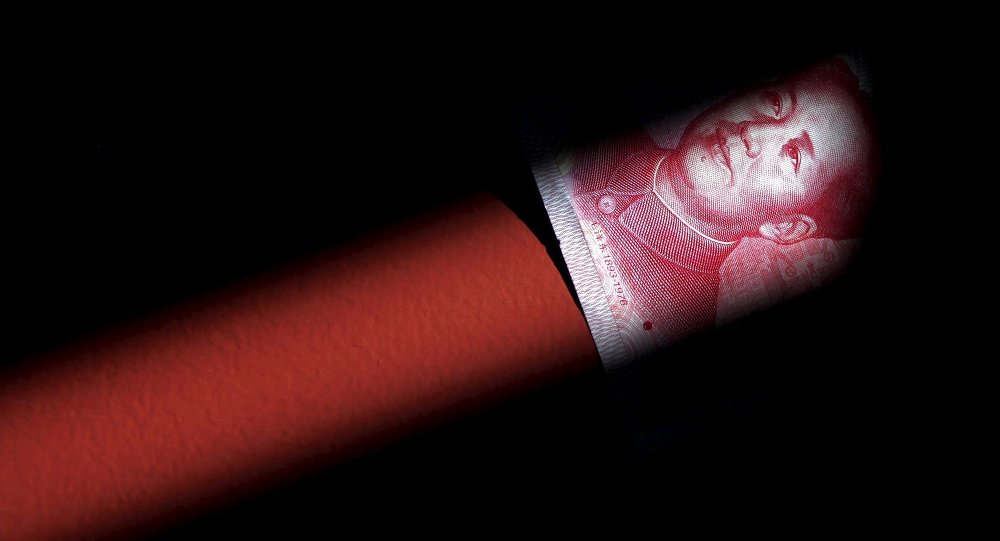 A report by US-based Stratfor (Strategic Forecasting) think tank says that the devaluation of China's yuan is an effort to neutralize the impact of a stronger dollar against the euro and the Japanese yen.

© AP Photo / EyePress, FILE
Yuan's Fall Gives Global Market the Shivers, Sends Australian Dollar Lower
WASHINGTON (Sputnik) — China's devaluation of its national currency, the yuan, is an effort to neutralize the impact of a stronger dollar against the euro and the Japanese yen, according to a report by US-based Stratfor (Strategic Forecasting) think tank.

On Wednesday, the People's Bank of China (PBC) devalued the yuan for a second consecutive day.

"In Europe and Japan — home of the other two paramount global currencies — quantitative easing and other forces have resulted in a depreciation of the euro and yen against the dollar. The yen has fallen by about a third since the last half of 2012, and the euro has fallen by a fifth since early 2014. This means that the yuan's real effective exchange rate, or its exchange rate weighted against its trading partners, has appreciated dramatically over the past year," Stratfor report obtained by RIA Novosti read.

According to the report, PBC move had a negative impact on China's trade surplus, its macroeconomic indicators and triggered economic slowdown.

"China is clearly signaling that it will not move in step with the United States and will allow its currency to trade lower if need be," the report added.

Stratfor analysts stressed that China's actions on the currency market have caused concern among international traders. They also recommended Beijing to change its economic policy in order to enhance the credibility of the country in the global financial arena.

On Tuesday, the PBC allowed the yuan to fall 1.9 percent against the US dollar to boost the country's economy, precipitating the biggest one-day exchange rate adjustment for the currency in a decade. Wednesday's dollar-yuan exchange rate showed a further 1.6-percent decrease.

The International Monetary Fund (IMF) has welcomed China’s move to devalue the yuan, but indicated that the Chinese currency must float freely to gain market relevance and effectiveness.