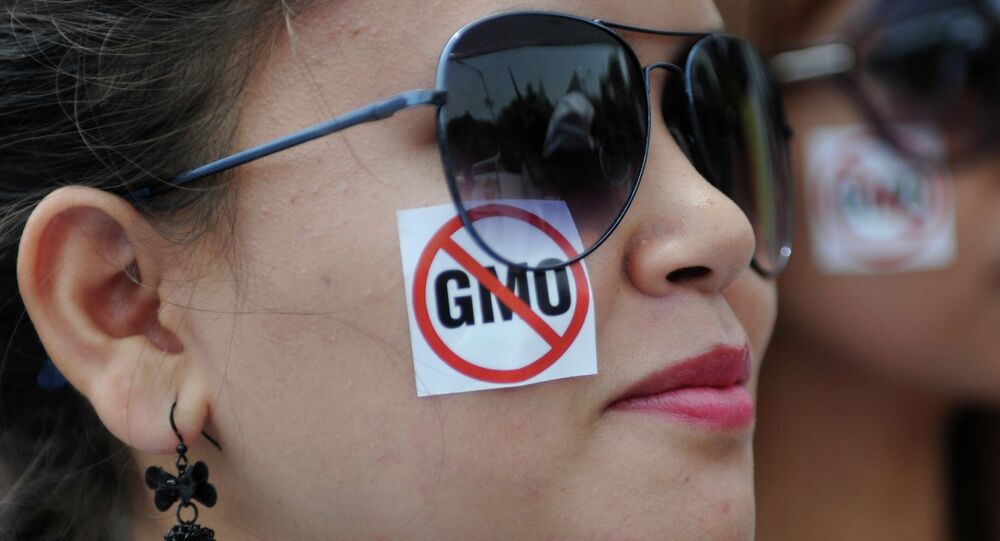 The potential Monsanto-Syngenta megamerger could turn the already-domineering biotech seed producer Monsanto into a monopolist.

"On the one hand we took a look at this proposal, because we must — it is a public company. But on the other hand, it is woefully short across all the important dimensions for us to give it further serious consideration," Mack told CNBC.

In May, Syngenta’s board unanimously rejected Monsanto’s $45-billion takeover bid, which represented a 43-percent premium on the Swiss company’s share price at the time. In June, Monsanto offered to add a $2-billion termination fee – but this offer was also rejected by Syngenta.

© AP Photo / Bernat Armangue
Monsanto Linked to Israel's Illegal Use of White Phosphorous in Gaza War
Earlier on Thursday, the Financial Times wrote on the subject that Monsanto is continuing to apply pressure on Syngenta and it "doesn’t look like the US company is going away."

"Syngenta is an immediate answer to their [Monsanto’s] really long term problems. I don't think it's incumbent on us to solve Monsanto strategic problems," Mack said.

Numerous critics of the potential Monsanto-Syngenta megamerger said it would turn the already-domineering biotech seed producer Monsanto into a monopolist.

Late in May, Monsanto’s President and Chief Operating Officer Brett Begemann said that his company had an alternative plan in place to build relations with other chemical companies, should it fail to acquire Syngenta.