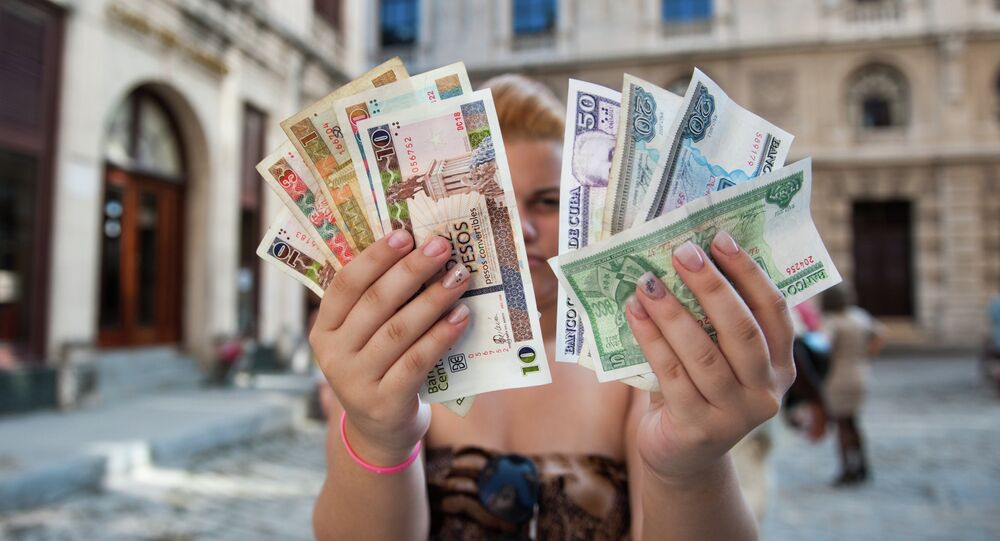 © REUTERS / Alexandre Meneghini
Opening Embassies ‘Among Next Milestones’ in US-Cuba Relations
MOSCOW (Sputnik) — Stonegate, a small Florida-based commercial bank, has become the first US financial institution to set up a correspondent banking relationship with a Cuban bank, it announced Wednesday.

"This is another step in terms of normalizing commercial relations between the US and Cuba. The ability to move money easily between the two countries will only increase trade and benefit American companies wishing to do business in Cuba," David Seleski, the company's president and CEO, was quoted as saying by the Miami Herald.

On May 20, Stonegate opened an account for the Cuban government, contributing to a thaw in US-Cuba relations.

BICSA was founded in 1993 largely to handle international transactions. It has established over 600 correspondent relationships globally.

Stonegate Bank provides a wide range of financial services through its 21 branches in South and West Florida. According to the bank’s latest data, it has $2.27 billion in assets and $1.93 billion in deposits.