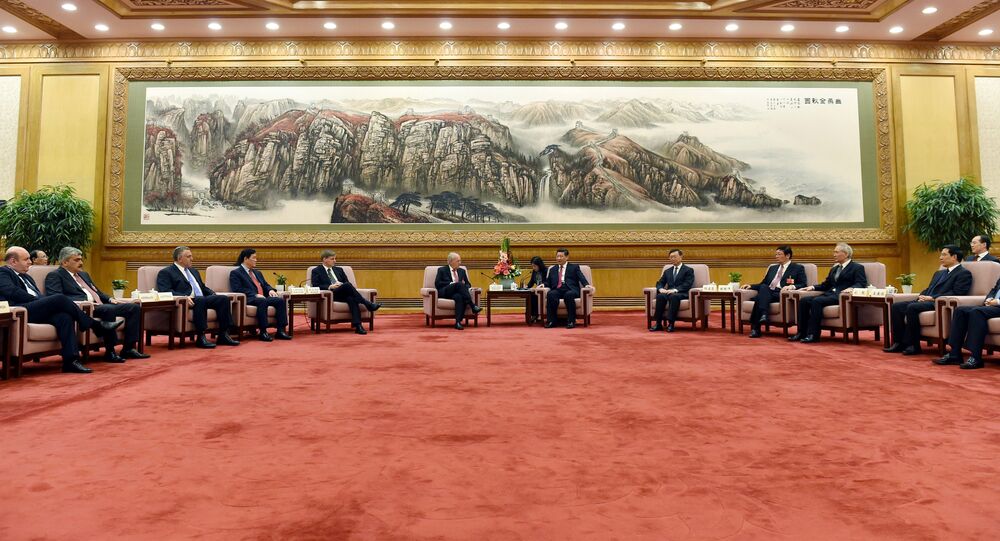 Chinese Prime Minister praises the ambitious scheme of the AIIB bank calling it the right recipe to improve global economy.

Representatives of 57 founding countries of the AIIB congregated in Beijing for the signing ceremony for the AIIB bank. Australia was the first country to sign the document, Chinese media reported.

The 60-article agreement stated each member's share as well as the governance structure and policy-making mechanism of the bank.

© REUTERS / Takaki Yajima
Transparent Management 'Vital' for China-Led AIIB – Putin
The prime minister following the signing ceremony said that China will work with other AIIB members to cooperate with and increase existing multilateral institutions in an open, inclusive and transparent manner, taking advantage of the Belt and Road Initiative as well.

The China-proposed initiative is an ambitious scheme to improve trade, infrastructure and cultural exchanges in parts of Asia, Africa and Europe.