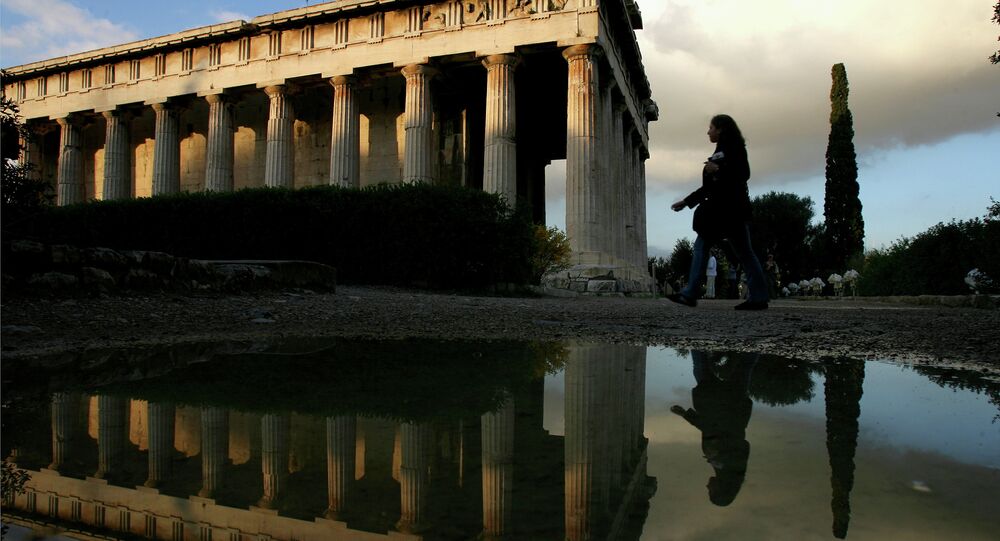 Civilians of Greece want their country to become a member of the BRICS New Development Bank, a Greek lawmaker and the head of the Greek delegation to the Parliamentary Assembly of the Council of Europe told Sputnik on Thursday.

STRASBOURG (Sputnik) — The people of Greece are enthusiastic about the prospect of joining the BRICS New Development Bank (NDB), Dimitris Vitsas said.

“It is a very interesting proposal. We are thinking about this and I think the people in Greece want Greece to be another member of the BRICS Bank. There is enthusiasm about that,” he added.

“I think that in the right way there are friendly feelings between Greece and BRICS, and I think there will be common profit,” Dimitris Vitsas concluded.

BRICS economies signed an agreement to establish the NDB in July 2014. The countries agreed to establish a $100-billion reserve currency pool to ensure the bank's financial stability.

In May, Russia invited Greece to become a member of the NDB, created by Brazil, Russia, India, China and South Africa as an alternative to Western global financial institutions, such as the International Monetary Fund (IMF) and the World Bank.

On June 19, Greek Energy Minister Panagiotis Lafazanis told Sputnik that Greece could become the first non-founder members of the NDB, joining on an equal footing as its current members, as soon as the bank was launched.

The NDB is expected to begin operations on July 7, according to Russian Deputy Finance Minister Sergei Storchak.

Possible Grexit Could Be Reversed in 5-10 Years - German Parliamentarian