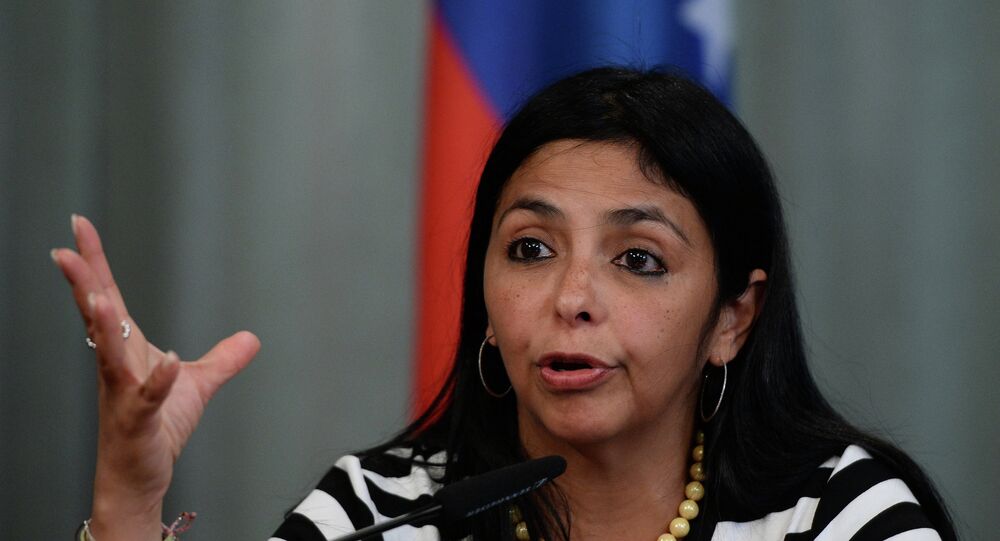 MOSCOW (Sputnik) — Venezuela's foreign minister emphasized that Caracas and Moscow should elaborate a common position on the issue.

"In recent months oil prices have recovered… We were talking [with Russia's foreign minister] about how the international market should function and how criminal shale oil production is," Rodriguez said.

Last year, Venezuela's President Nicolas Maduro said fracking was destroying the planet. He added that the United States, where fracking had led to an increase in oil extraction, was responsible for the drop in oil prices. Maduro claimed that the overproduction of crude oil was part of a strategy by Washington to put pressure on Venezuela, Iran and Russia.

© Sputnik / Alexei Danichev
Russia Sees No Need to Reduce Oil Production - Energy Minister
Since last summer, global oil prices have drastically dropped due to oversupply in the market. In November, the Organization of the Petroleum Exporting Countries (OPEC) decided to maintain its oil production levels, contributing to a further drop in prices and severe crises in many oil exporting nations, particularly Venezuela.

Fracking, a method of extracting shale gas or oil, has stirred controversy in recent years. Fracking supporters say it is a safe technology while opponents argue that fracking could contaminate the environment, cause health problems and even small earthquakes.