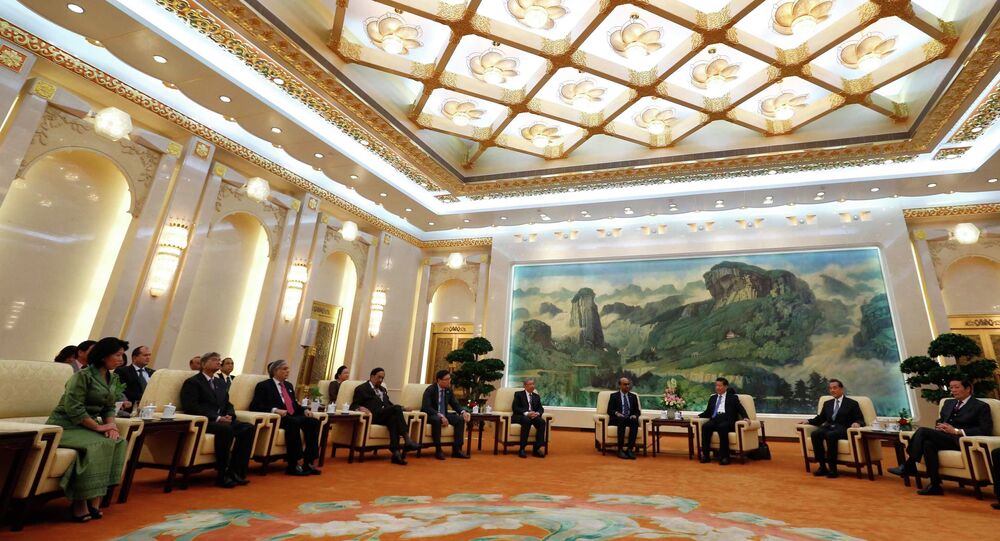 At the moment the number of founding members of the Beijing-led Asian Infrastructure Investment Bank has reached 41 countries, according to the Chinese Finance Ministry. The United States and Japan have refrained from joining the bank.

"With the agreement of the current founding members on April 11 Spain, the Republic of Korea and Austria officially became founding members of the Asian Infrastructure Investment Bank," the ministry said in a statement on its website.

Media reports suggest that 52 countries have made submissions to become founding members of the bank, including Russia.

According to the Chinese Finance Ministry, at the moment the number of founding members has reached 41 countries. The United States and Japan have refrained from joining the bank.

The initiative to set up the AIIB was announced in 2013 by Chinese President Xi Jinping and Premier Li Keqiang. In October 2014, 22 Asian states signed a Memorandum of Understanding to establish the AIIB with the headquarters in the Chinese capital of Beijing.

According to the AIIB website, the bank is expected to be fully established by the end of 2015. As of April 9, there were 37 Prospective Founding Members.

The AIIB will focus on the development of infrastructure and other productive sectors in Asia, including energy, power, transportation, telecommunications, agriculture, water supply, sanitation, environmental protection, urban development and logistics, among other areas.