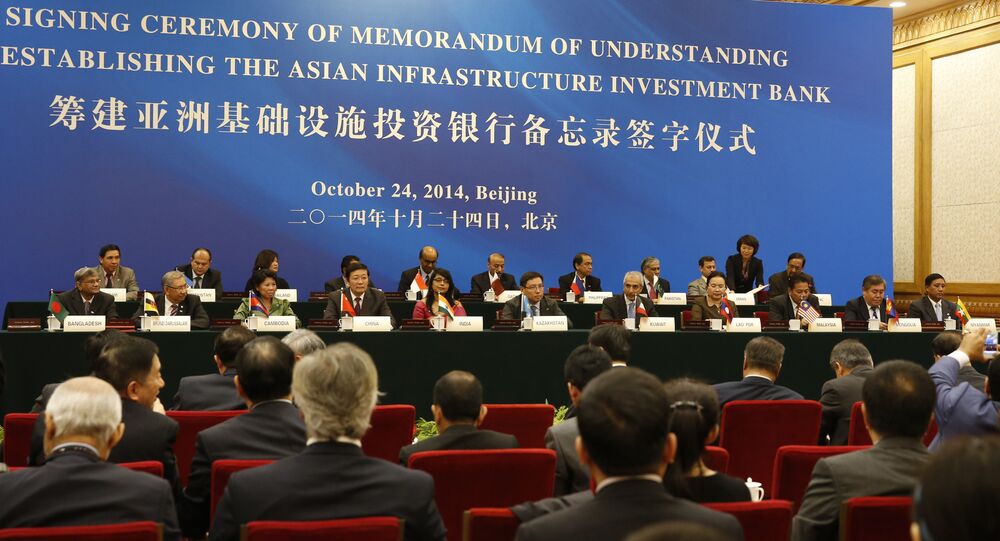 "I can confirm that Luxembourg has submitted its candidacy to become a prospective founding member of the AIIB,” ministry's spokesman said in phone call with Sputnik news agency.

The Asian Infrastructure Investment Bank (AIIB) is an international financial institution proposed by China. The purpose of the multilateral development bank is to provide finance to infrastructure projects in the Asia-Pacific region.

Commenting on the move, Luxembourg's Finance Minister Pierre Gramegna earlier said that with its adherence to the AIIB initiative his country would be able "to further develop its role as bridge-builder and gateway between the two continents."

He outlined Luxembourg's desire to further extend its commitment towards multilateral aid mechanisms, in particular in the Asia-Pacific region.

The adherence of more European countries to the AIIB comes despite concerns on the part of Washington. Last week, State Department's spokeswoman Jen Psaki said the United States is concerned by AIIB's governance, environmental and social safeguards.

Gramegna said that Luxembourg will work hard to ensure that the AIIB meets "the highest and most stringent standards in terms of good governance, transparent lending policies, social and environmental safeguards as well as state-of-the-art procurement guidelines."

The new investment bank will be headquartered in Beijing. March 31 is the deadline for accepting founder-members.