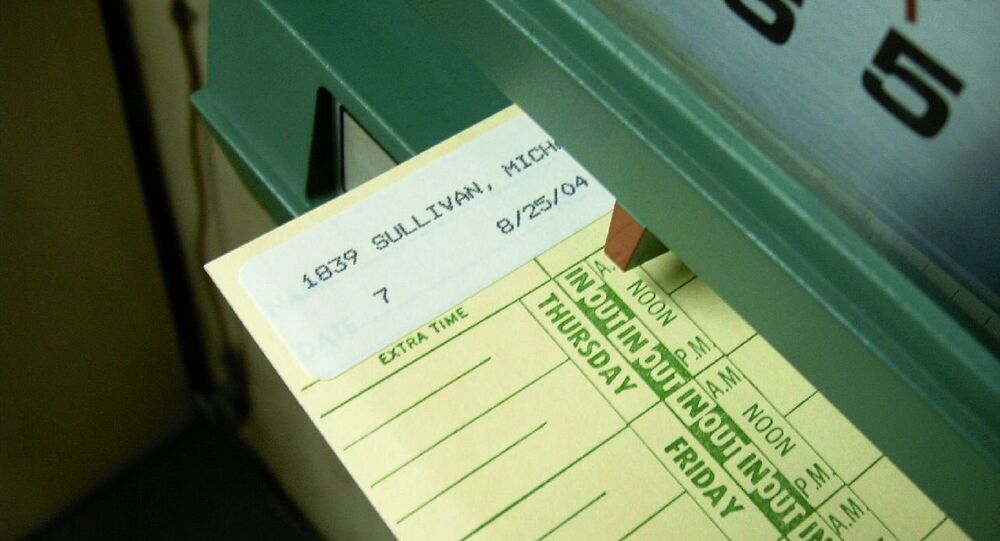 Every year, employers steal more money from their employees - through stealing tips, denying overtime or other practices known as wage theft - than all incidents of robbery, burglary, larceny and auto theft combined.

Wage theft costs American workers more than $50 billion a year, according to estimates from researchers at the Economic Policy Institute. Considered a civil violation, that’s more than three times as much as is lost to most types of “criminal” theft.

“All of the robberies, burglaries, larcenies, and motor vehicle thefts in the nation cost their victims less than $14 billion in 2012, according to the FBI’s Uniform Crime Reports,” concludes the EPI.

Those totals were extrapolated from a 2009 NELP study of low-wage workers in New York, Los Angeles and Chicago that found that 68% of workers sampled had experienced at least one pay related violation in the week previous to being surveyed. In total, these workers lost an average of $2,634 per year — or a whopping 15% of their average $17,616 annual earnings.

How Do Employers Steal? Let Us Count the Ways

There are many different ways that employers illegally avoid paying their employees. For example, they may pay them less than the legal minimum wage. A recent Department of Labor study found that in just California, between $22.5 — $28.7 million was lost every week due to minimum wage violations alone.

But wage theft can also come in other forms — like making people work through their legally mandated breaks. A trucking company in Oakland, Calif. for example, was recently ordered to pay $1 million to employees who had been urged to work through their breaks while simultaneously docking their pay for the hour they weren’t taking off. Some of the workers had also been treated as unpaid trainees.

“Misclassification” and overtime violations are two other common ways employers steal from their employees.  Misclassification means treating employees as contractors, not permanent employees, who aren’t subject to the same laws and protections. FedEx, for example was sued for classifying it’s drivers as independent contractors instead of employees.

And though most workers should be paid time-and-a-half when they put in more than 40 hours a week, they may be paid only their normal rate, or never paid at all. That same NELP from 2009 study found that the worst industry for violating overtime pay requirements was childcare, where 90.2 % reported not being paid for working overtime hours.

National Employment Law Project
A 2009 study of California and New York found that overall, more than a quarter of respondents worked more than 40 hours during the previous week, and that of those 76 % were not paid the legally required overtime.

There have been a spate of high profile wage theft suits and even victories — like the recent $800,00 judgement against Papa John’s pizza chain  - and indications that more employees are fighting back against these violations.

In March 2014, McDonald’s employees in three states filed a seven wage theft suits against the mega-fast-food franchise. A popular restaurant in San Francisco was ordered to pay $4 million in back pay to it’s employees, largely for overtime and break violations and tip theft. NFL cheerleaders have even been filing suit, and in the case of the Oakland Raiders, they were awarded $1.25 million.

However, the amounts actually being recovered by workers are still quite small. In 2012, “the total amount of money recovered for the victims of wage theft who retained private lawyers or complained to federal or state agencies was at least $933 million—almost three times greater than all the money stolen in robberies that year,” but q fraction of the estimated $50 billion being lost, according to the EPI.

And sometimes, even despite courtroom wins, the actual cash remains elusive, due to anything from a lack of enforcement resources to collect payments or the lapsing of the statute of limitations.

Worker’s rights advocates are working on putting some teeth on those rulings so that workers get more than a court ruling and collect the wages they’re owed. At least $125 million that has been awarded in wage theft cases in New York has yet to be paid out, according to a report due out this month from a coalition of advocacy groups including The Legal Aid Society, the Urban Justice Center and the National Center for Law and Economic Justice.